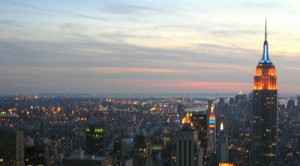 … I landed in New York City on an artist’s grant from the state of Liechtenstein. Pretty bad timing, since in 2002, one year after 9/11, the rest of the world was hightailing it out of here. Ouch. When I had applied for this particular grant, which allows working Liechtenstein artists to be sponsored for one year at a location of their choosing, as long as they make a convincing enough case for its ability to provide artistic growth, 9/11 had not happened yet, and nobody saw such a sea change coming to this town. 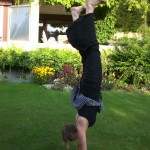 So here I was. A break. A breaking away, rather. Not so much a smart career move, but a rupture in a path, that felt constraining in a strange way. It had been 8 years working as Assistant director and director at German opera houses, of which 5 were spent at the major “Städtische Bühnen Frankfurt“, where all heavyweights came to play if they felt progressive and adventurous. 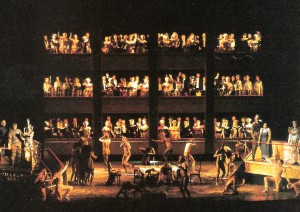 It is the opera house where Hans Neuenfels singlehandedly kicked off the trend of “Regietheater” for Opera with Aida, with the heroine being the cleaning lady,  and the audience seeing itself mirrored. That was 1970. My generation had grown up with this thinking, of opera as a bourgeois art form, the self-confident expression of a growing middle class especially of the 19th century, and my generation was infused with the belief that it still had valid points to make about our lives,politics and emotions today. Not museum art, but a living, breathing thing, that could be shaken and stirred, because it is our cultural history, our cultural background and therefore also our cultural baggage. As a young director, who needs to find her own way, having such parents was a unique challenge. Disturbance had become the norm. What now? Seeking my own path then, still exploring it now. 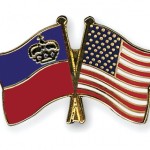 The other side of the coin was that I am half American and half Liechtensteiner, but apart from family visits to Kansas and camp experiences, I had never actually lived in the US. I was at that point unencumbered by house or kids, and it felt like the last moment to reinvent my world. I’d fallen in love with NYC back in the 80s, pre-Giuliani, and living here, had since then been a dream. Time to make it happen.

Jump to now, 10 years later. Hindsight is 20/20 vision, and it is very tempting to create a narrative where one thing leads organically to another. But we know well that life is not that way. Looking back I can say that coming to NYC and the US opera/theatre world led me away from “just” directing opera and branching out into straight theatre.

Whereas generally speaking the theatre world is much more conservative in the US, but in one aspect it’s more open. Opera directors will be trusted to direct plays. In Germany that would have hardly been possible, and I remember vividly the Artistic Director of the “Frankfurter Schauspielhaus” lecture me on the  vast difference between singers and actors, and that actors are sooo demanding and really daaaangerous. Well, yes, they are, but hey, opera singers have fangs too! Now, after directing a number of either genre I can say that in the zoo of the performing arts, they are different species, but both are mammals. That said, they need different things from a director, but the basic tenets are the same.

After years in subsidized theatre, I learned again about shoestring theatre, and I am now happy to be able to work at both ends of the spectrum.

It’s nice to play with big lights on a big stage, but the challenge to make something work with hardly any resources, challenges one’s ingenuity and resourcefulness. I like living in a big world, where I don’t sit pretty in one box that I know well, but that I am aware of, if not familiar with boxes of many different sizes and colors. Doing Danton’s Death on a small stage in a 60 seat house with 25 actors playing 45 roles, and a ladder for a set, then going to a medieval castle in Switzerland and create a multi-media fractured take on A Midsummer Night’s Dream, in a team of altogether 60 artists, then come to New Orleans for Richard Strauss’ Salome is the kind of creative seesaw I enjoy. I like the disparity, the richness of variety, and changing worlds in the first place opened me up to that.

Writing and producing were the next frontiers, that would have most likely remained untapped if I had stayed in Germany. After years in the trenches as Assistant Director, my early forays into writing just stopped, but once in New York I had the chance to write program essays for San Francisco Opera. Writing, but writing now in my second first language. Editors are your friend there, and friends were my friends, as they tore my first and second drafts to shreds, letting me know how Germanic my sentence structure still was.

Producing was another big step. A lot of the organizational aspects I was familiar with from my years as an assistant in a big theatre, but the world seen through a producer’s eye is remarkably different than through a director’s or a writer’s. Or any purely creative worker in the garden of theatrical delights. Looking at something with a view to numbers, target audiences, shelf life, marketability, taught me a lot.  That said, I also learned that I’ll most likely remain a “self-producing artist”, which is the lowest rung on the producing ladder. I just am too narcissistic/egotistical/lazy to want to work so hard for other people’s work – kudos to those who do!

In my personal life I’d say I just did a little bit of growing up. I moved to Brooklyn, which was huge step, as in “I didn’t cross the ocean to do Borough!!!” , I got married, and now we have no kids but a cat and a dog. Yes, it’s a life.

And New York? I came here, marveling at the subtle differences between our cultures. They’re not so far apart, as they’re both Western, and New York is steeped in European roots, but mores and manners where I came from – Liechtenstein/Swietzerland/Austria/ and then Germany – are a bit different. Some things I now can explain easily to visitors: “How are you?” is not a question but a greeting, getting the check right after the table is cleared is not to throw you out (well, mostly not), but considered polite, and asking “What do you do?” is not an intrusive personal question to be ventured in a conversation that is going well, but is considered an opening gambit. I still have my accent that most people hear and remark on, but I learned not to bite people when they ask me where I’m from. I find the political world here mortifying, but I’ll will vote, since I’m a citizen, and my few experiences with the medical system led me to remain solid in my Swiss health insurance, even though it’s inconvenient and costly. But at least I understand it. 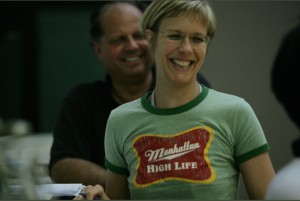 But, for better or for worse, I’m here now. It was not a career decision and I was happy with my Frankfurt boyfriend. It was rather a simple continuation of a back-and-forth that I’d established over the course of that one year. Every 2 months I’d be back in Europe, and pretty much remained mid-atlantic in feeling. And when Sept 5, 2003 came around, I wasn’t nearly finished with New York. Not done with me in New York. Not done with the New Yorkers. Or with the boroughs. And no, it wasn’t a great gig, or a new man. I just wasn’t done. And the funny thing is, 10 years later, I’m still not. My life’s roots are in Liechtenstein, my professional ones lie Frankfurt, but I am now at home in New York. Not the whole of the USA, mind you, but this particular city, with its unique energy and neurotic, ambitious, caustic, no-bullshit, generous, warm inhabitants. A familiar terrain with so much still to explore. I guess I’m a lifer. A toast!

2 Responses to 10 Years ago today…