After a successful run at TheaterLab in NYC – see HERE – , my production company ManyTracks for the first time took a production to Europe. We presented Shooter in three countries, Germany, Liechtenstein and Italy. In Rome we took part in the first rendition of the Onstage! festival, which aims to bring American theatre to Italian audiences, thereby feeding the fascination for all things American, but also bridging a growing comprehension gap between European and American ways of thinking about the world.

Our little tour was more successful than I dared to hope. Audiences flocked to our performances, loved, no, LOVED the show, and stayed for extensive talkback discussions.
I am humbled and proud of everyone involved, it was the best artistic adventure I could have dreamed up.

+ member of SDC
* courtesy of AEA

Photography:  Sara Foser, except for Photo 8, which is by Zaira Biagini. 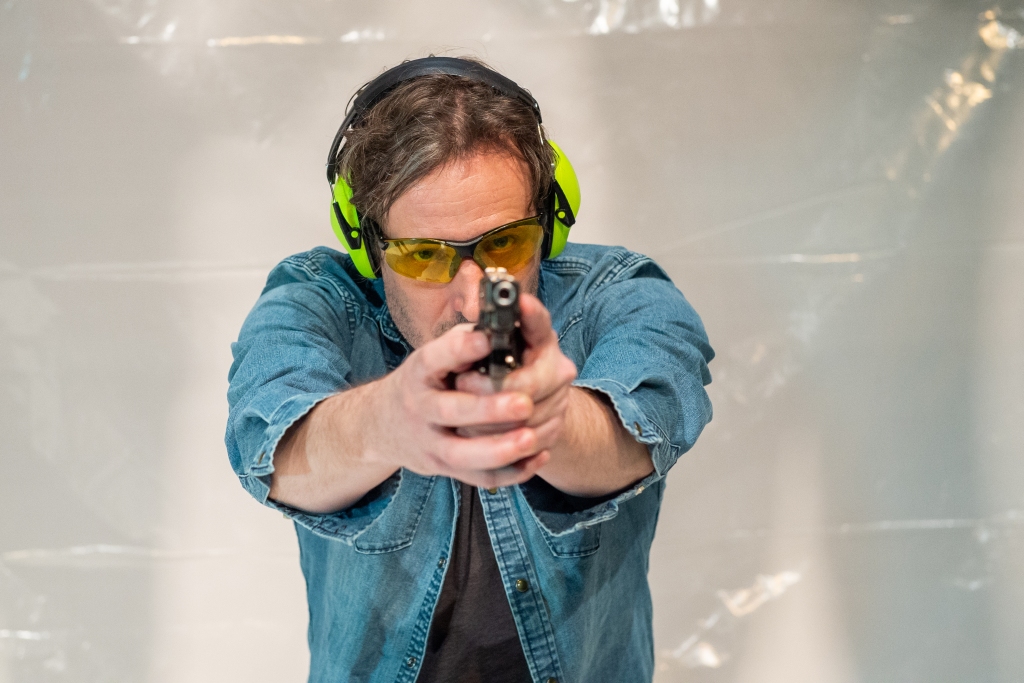 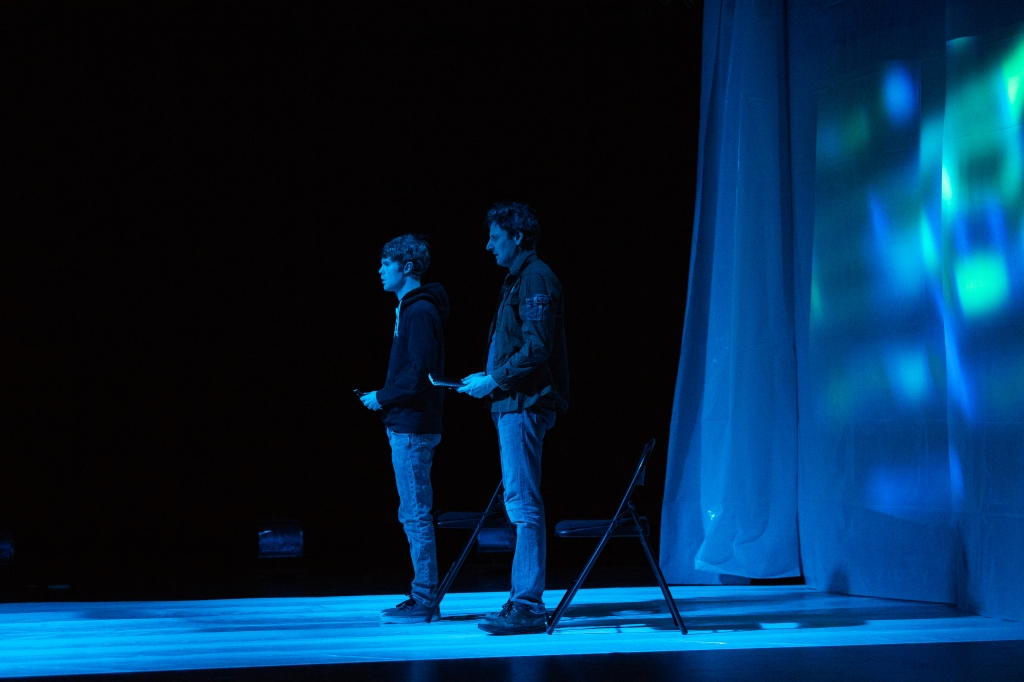 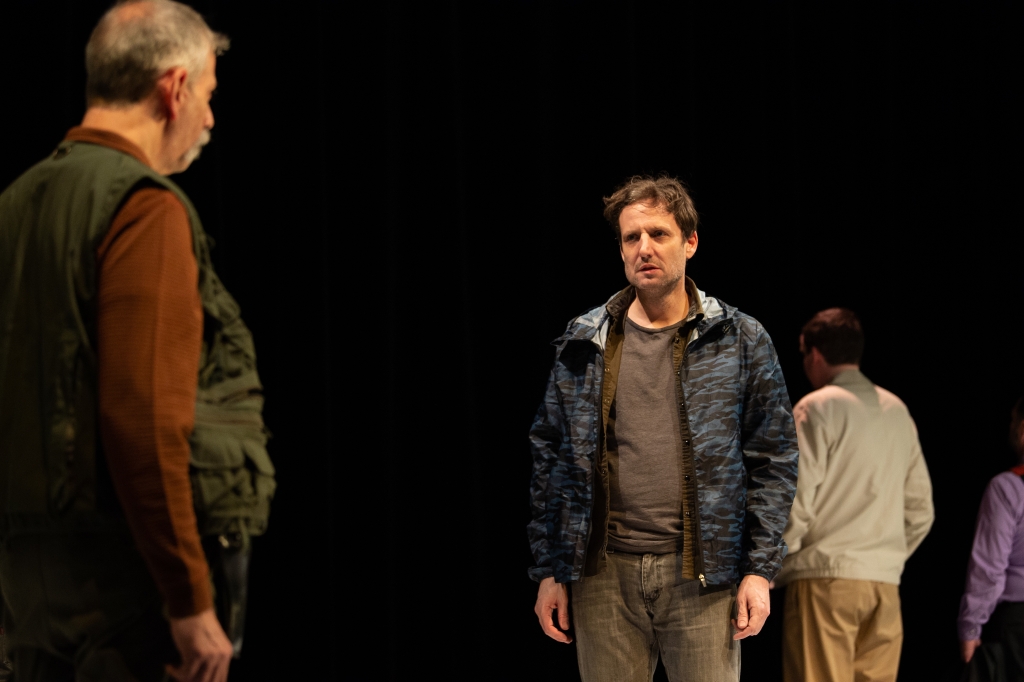 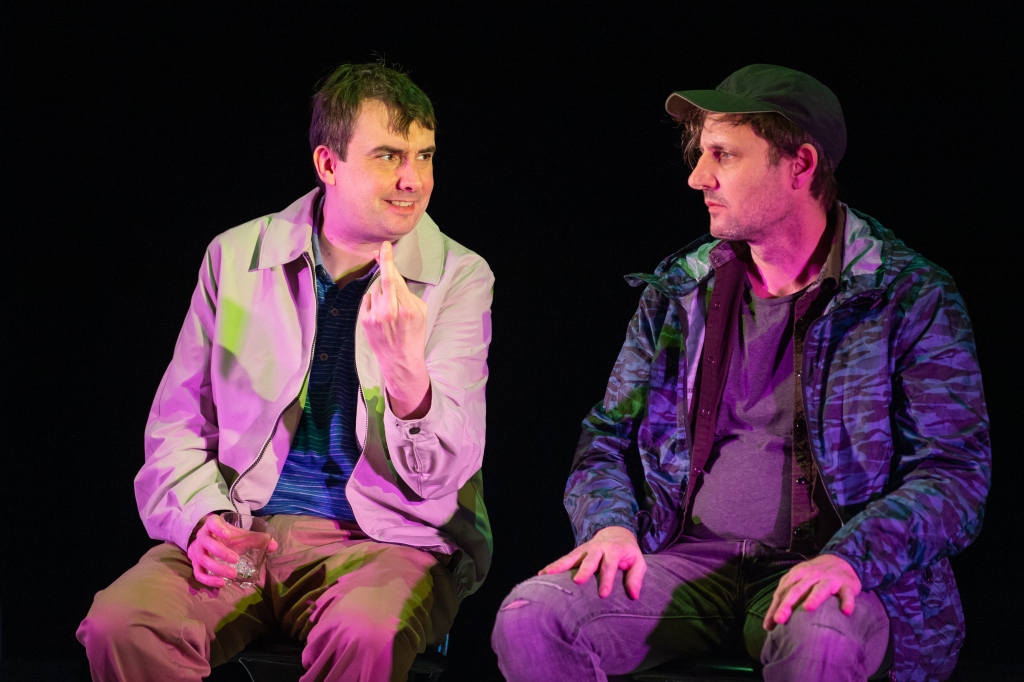 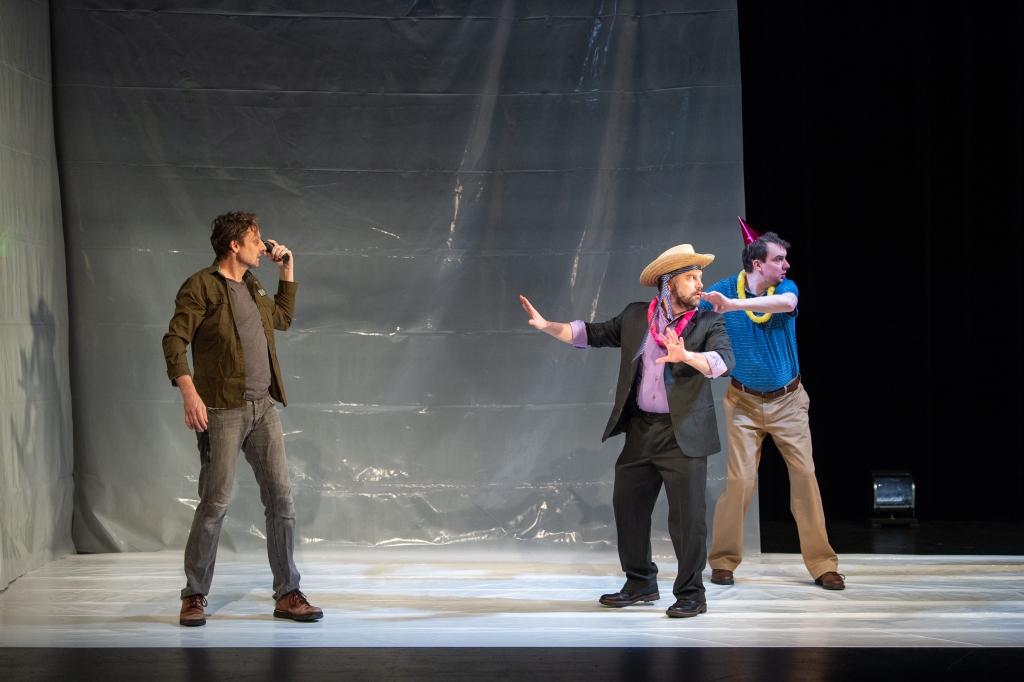 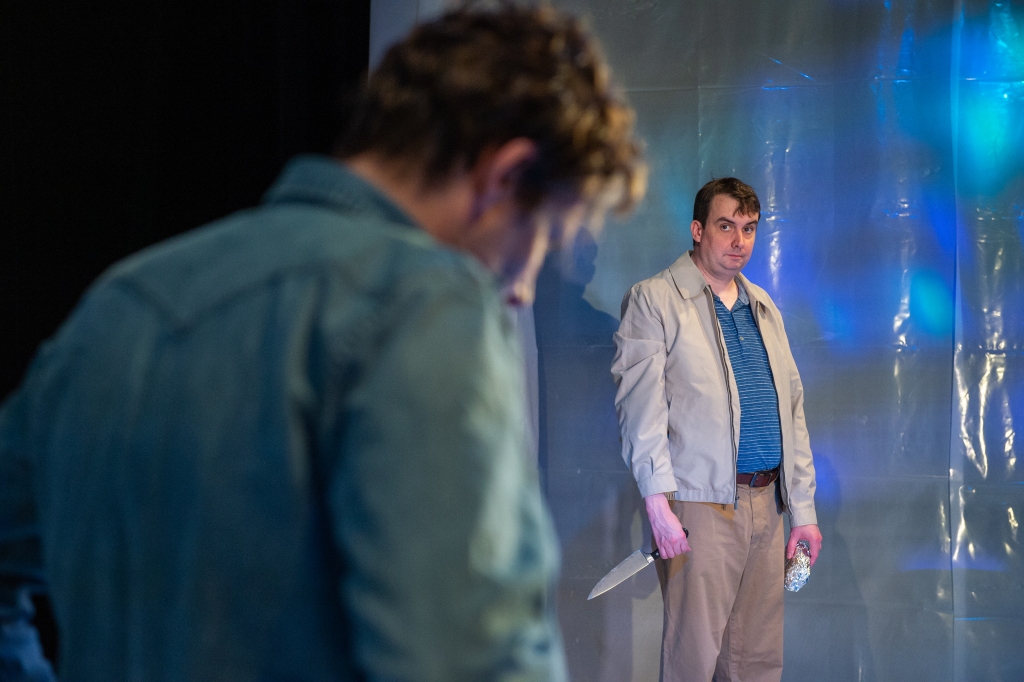 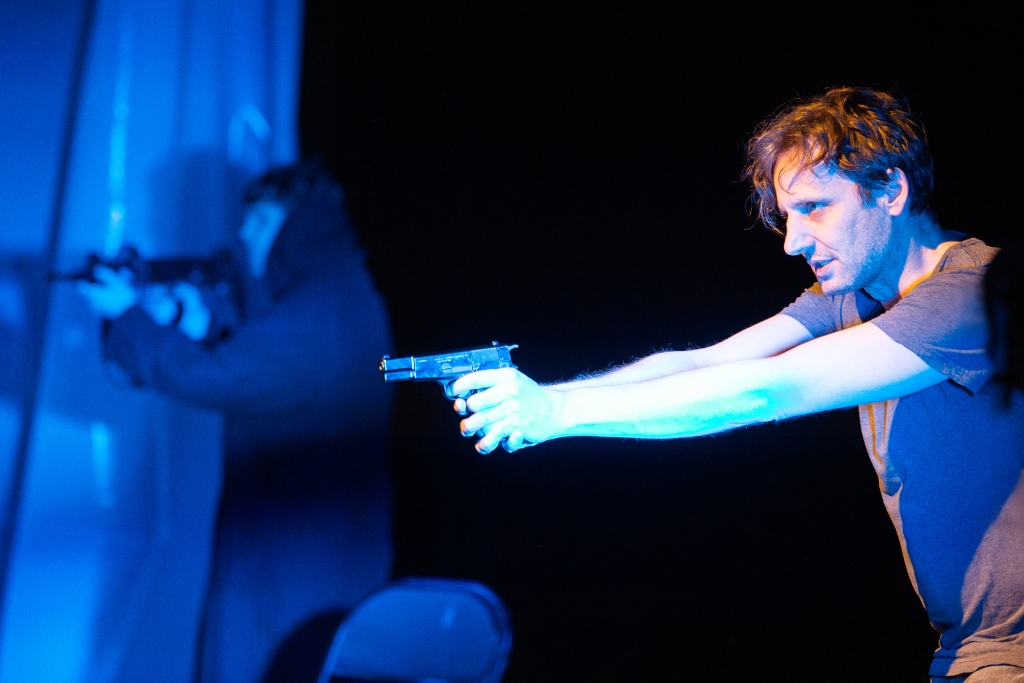 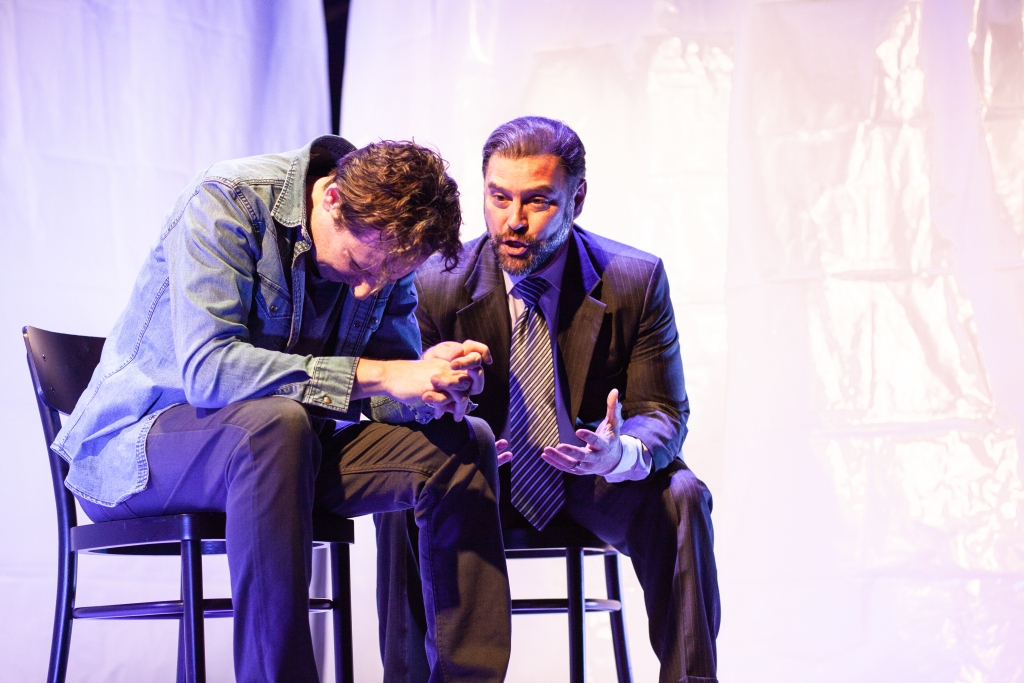 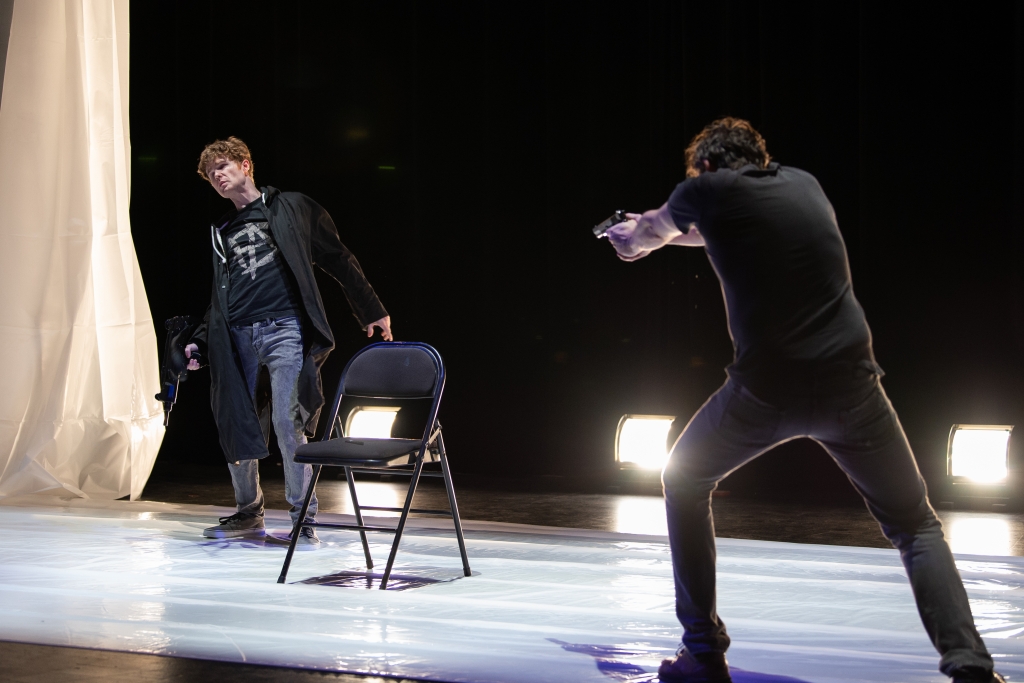 Press
"Fantastic, how the director manages to explore condition of human bondage with minimal intrusion. The abundance of structure doesn’t allow for looseness or laissez-faire, as the final explosion is the necessary result of the play’s rigid framework. The actors convince through their almost repulsive physicality and facial expressions. At times you’d like to jump up and shout: ´Shut up, you damned…´"
Klaus Koppe, Liechtensteiner Volksblatt

"Compliment. A performance for almost exclusively very young teenagers - on a Friday afternoon - where the breathless, excited attention is palpable, speaks for itself. It speaks for the play “Shooter” by Sam Graber, who treats the matter of a high school shooting not in a headline-grabbing manner. It speaks for the director Katrin Hilbe, who combines the structural direction of her actors with the risk of presenting connections only to a very attentive audience."
Klaus Koppe, Liechtensteiner Volksblatt
"Katrin Hilbe treated the difficult subject matter of the rise of gun violence among young people with great sensitivity. (...)The convincing performances of the five actors immersed the viewer in the emotional turmoils of the protagonists, and they suffered their pain with them. The tension, palpable throughout the play, is heightened by Andy Evan Cohen´s intricate sound design, which accentuated important moments at times harshly, at times soothingly. Most probably won´t like to admit it, but the audience remained empathetic to the murderer, the high school shooter, even to the gun fanatic. And we inevitably ask ourselves: How could it come to this?"
Mirjam Kaiser, Liechtensteiner Vaterland
"The play deliberately asks many questions, all culminating in the one: How can such a thing happen? Given that it was written by a man, performed by men, but directed and designed exclusively by women, this possibly allowed the statements to be even more harsh than intended. A strong play, strong performers and intense direction."
Anita Grüneis, Kultur
"The director Katrin Hilbe focussed on the dialog and the performances. The entire space belonged to the actors. They didn’t show external action, but rather interior life turned inside out, and therefore they spoke about everything that men usually don’t speak about."
Anita Grüneis, Kultur
"Director Katrin Hilbe stuck these men into a world of plastic. The scenic design by Sarah Edkins consisted of heavy plastic curtains, with colorful projections on the sides. In the course of the evening the back curtains were opened. The story of the men was presented in two interchanging timelines. It begins at the end and ends at the beginning. In between these two events lies a half a year, in which Jim’s life and his friendships disintegrated. The jumps in time work surprisingly well, also because of the good dialogue and the powerful, authentic performers."
Anita Grüneis, Kultur