What could be more theatrical than devising a piece on the sexy topic of Equal Pay in Liechtenstein?! Exactly.
In co-production with the LANV, the Employee’s Union Liechtenstein, the junges Theater Liechtenstein, has commissioned me with creating and directing a solo piece, that explores the complexities of pay structure for employees. Why it is, that while young men and women start off on a semi- equal footing, as life happens, men will move up, while women lose traction.

I embarked on research, we created a questionnaire that was completed by teenagers on the threshold to starting their work lives, and adults in the middle of it. What we found was highly interesting, but data doth no theatre make.

WAS BIN ICH WERT?! has the frame of a lecturer visiting a school, but she gets highjacked by five other characters who live inside her and also want to express their opinions on work, pay, and what does a good life mean. The voices are an adult man, an adult women, a female teenager, and a male teenager. Then of course there´s Anarcho Girl, who just wants to wreak havoc and breaks into song and dance.
I found a congenial partner in actress and collaborator Jessica Matzig, and together we created a piece, that is fun and informative in equal measure.
We had a premiere just with press on February 27th, then filmed it on February 28th, performed it in front of one test audience of high school students on March 24th – they were highly engaged and eager to discuss (success!!) – , and as soon as things open up further, WAS BIN ICH WERT?! will travel through schools all year. The official opening night will be held on February 23rd, 2022, celebrating one year late the 50 year anniversary of the LANV.
Weird COVID way of doing things? Yes, but also incredibly privileged and lucky, as we were able to rehearse and develop in a theatre space, 6ft. apart yet together. 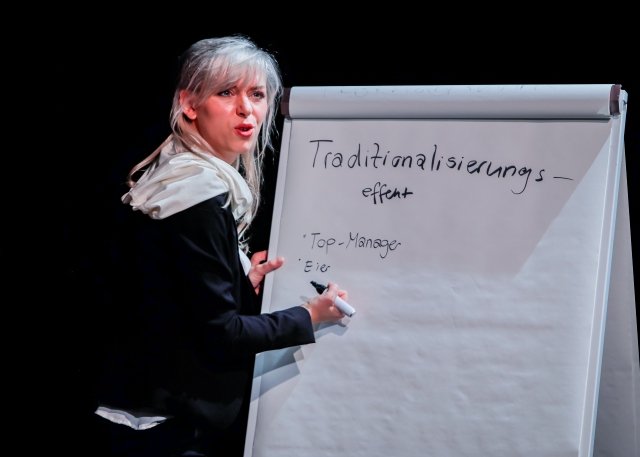 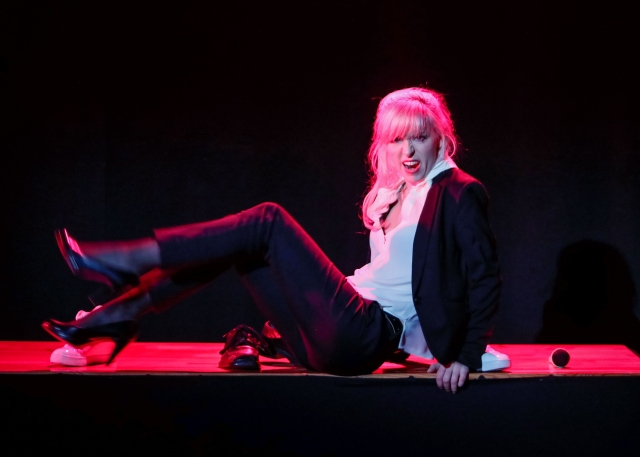 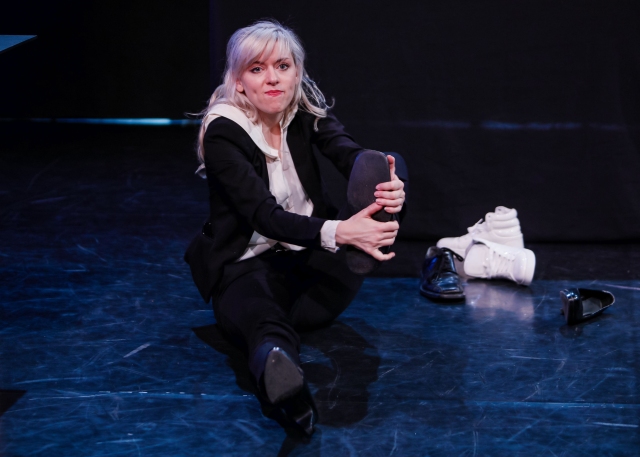 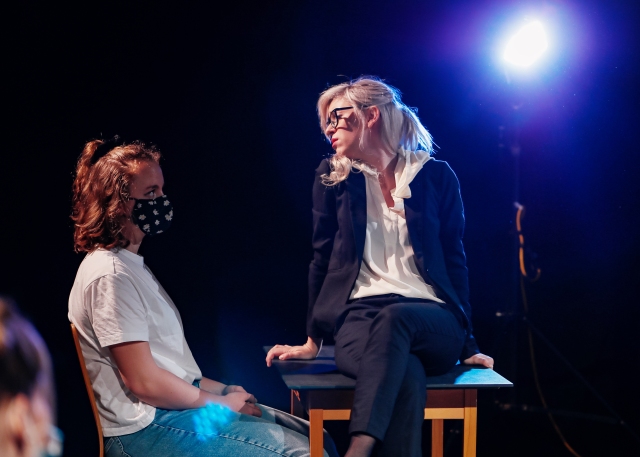 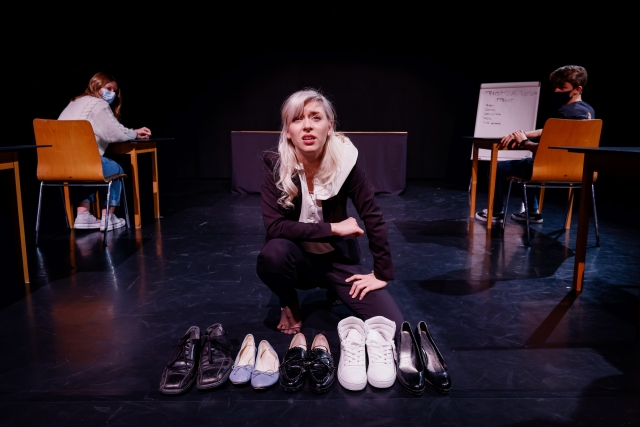 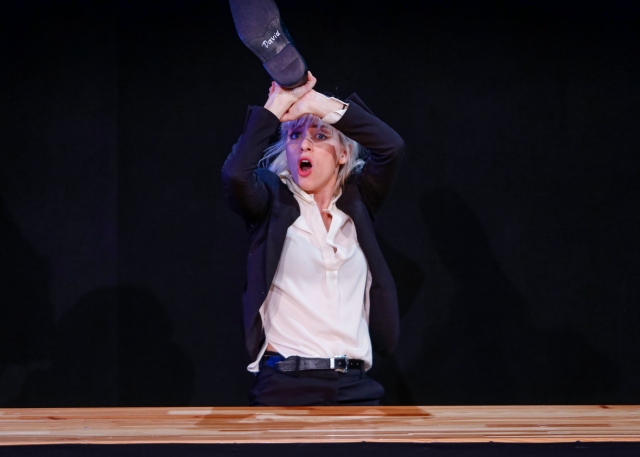 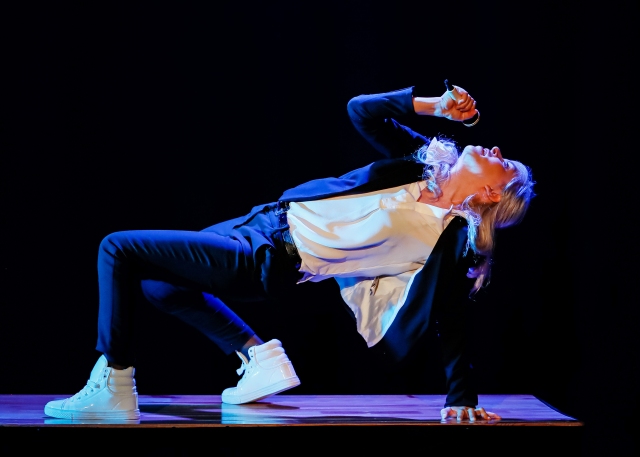 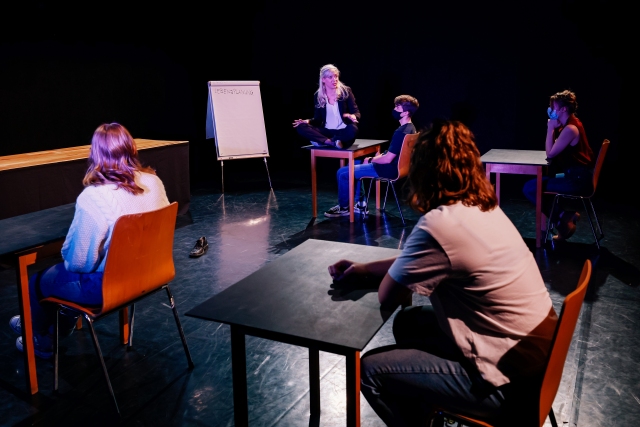 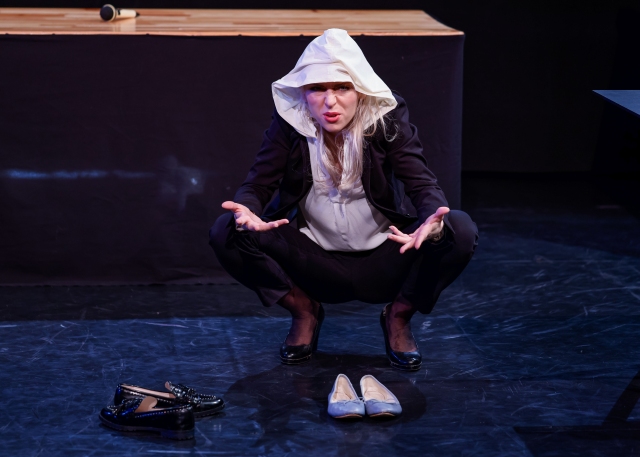 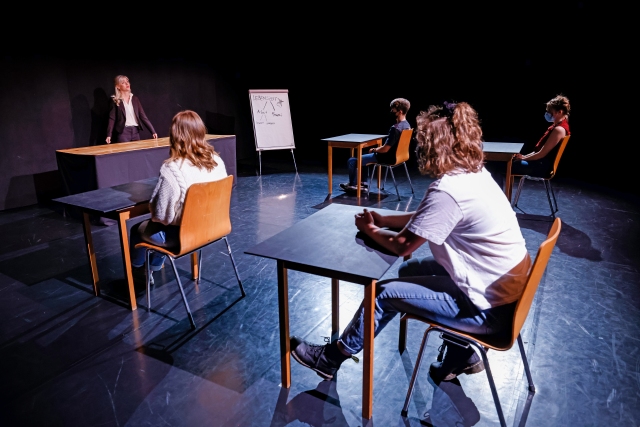 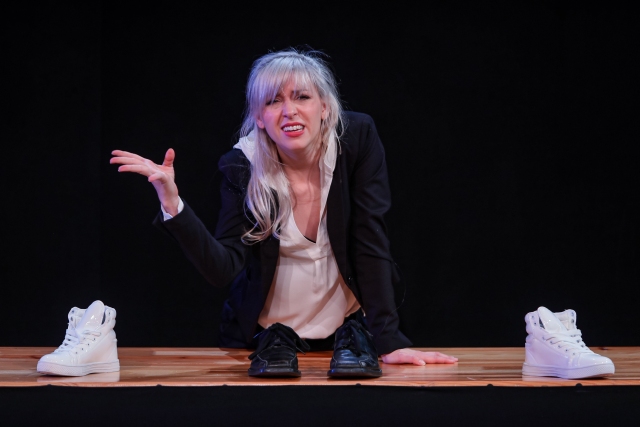 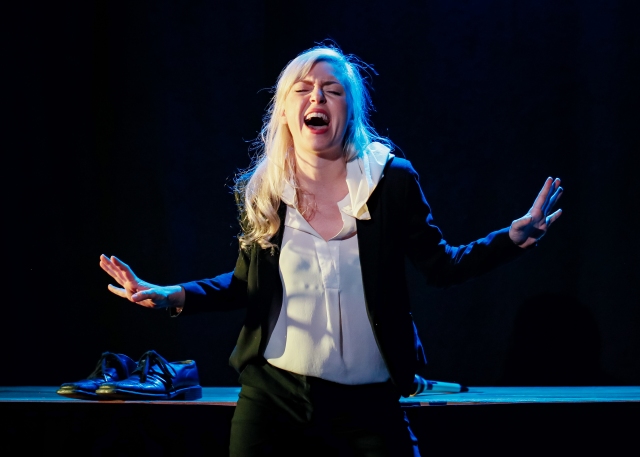