A fictional dramatization of a visit by Catherine the Great in January 1775, to the prisoner and rebel Yemelyan Ivanovich Pugachov, pretender of Tsar Peter III, the night before his execution. Based on an episode in A. Pushkin’s The Captain’s Daughter, this play enjoys a what-if between two strong, willful people, at opposite ends of the hierarchical spectrum.

And yes, I did enjoy corseting my performers and shackling them…

All actors members of AEA. 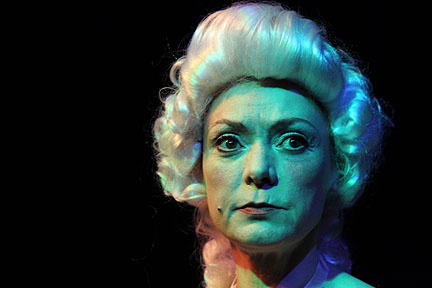 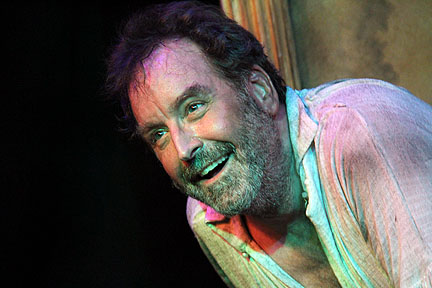 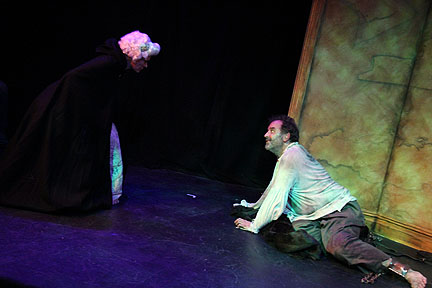 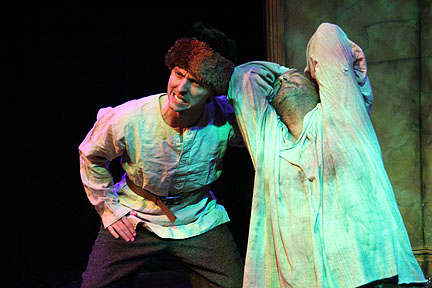 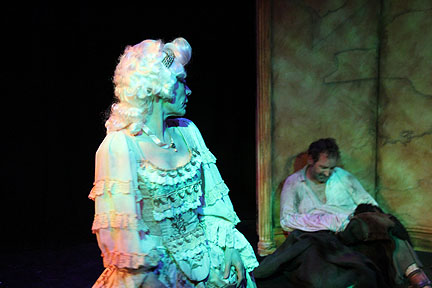 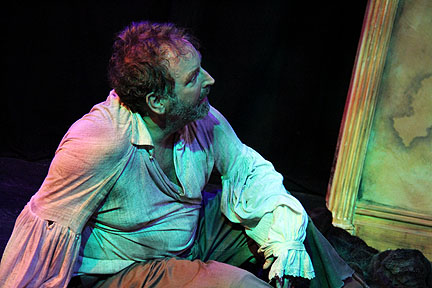 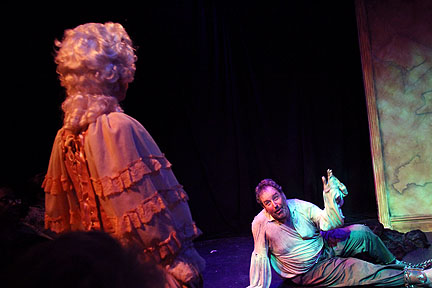 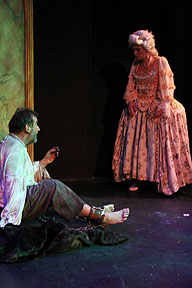 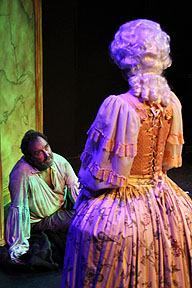 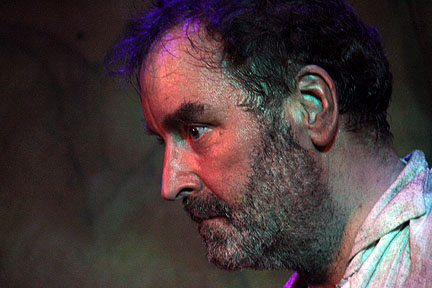 Press
Katrin Hilbe, a gifted director who describes herself as a cross between Kansas and Lichtenstein, (Dorothy and Pearl Mesta?) is greatly gifted with characters of power and force. She brings forth a tour de force performance by David Palmer Brown, who goes head to head with wily Susan Izatt playing Catherine.
Susan Hall, Berkshire Fine Arts