One Black Jewish Londoner imagines herself back in time as Joan of Arc,  trying to stop the Holocaust and slavery, while reliving being martyred at the stake by the male powers that be. Only a dead saint is a useful saint, and today she serves as the symbol for the French right-wing xenophobic “Front National”. But would she really “boot the foreigners out” this time?

It was one amazing ride at the Edinburgh Festival Fringe 2014, and we’re hoping to do it again! 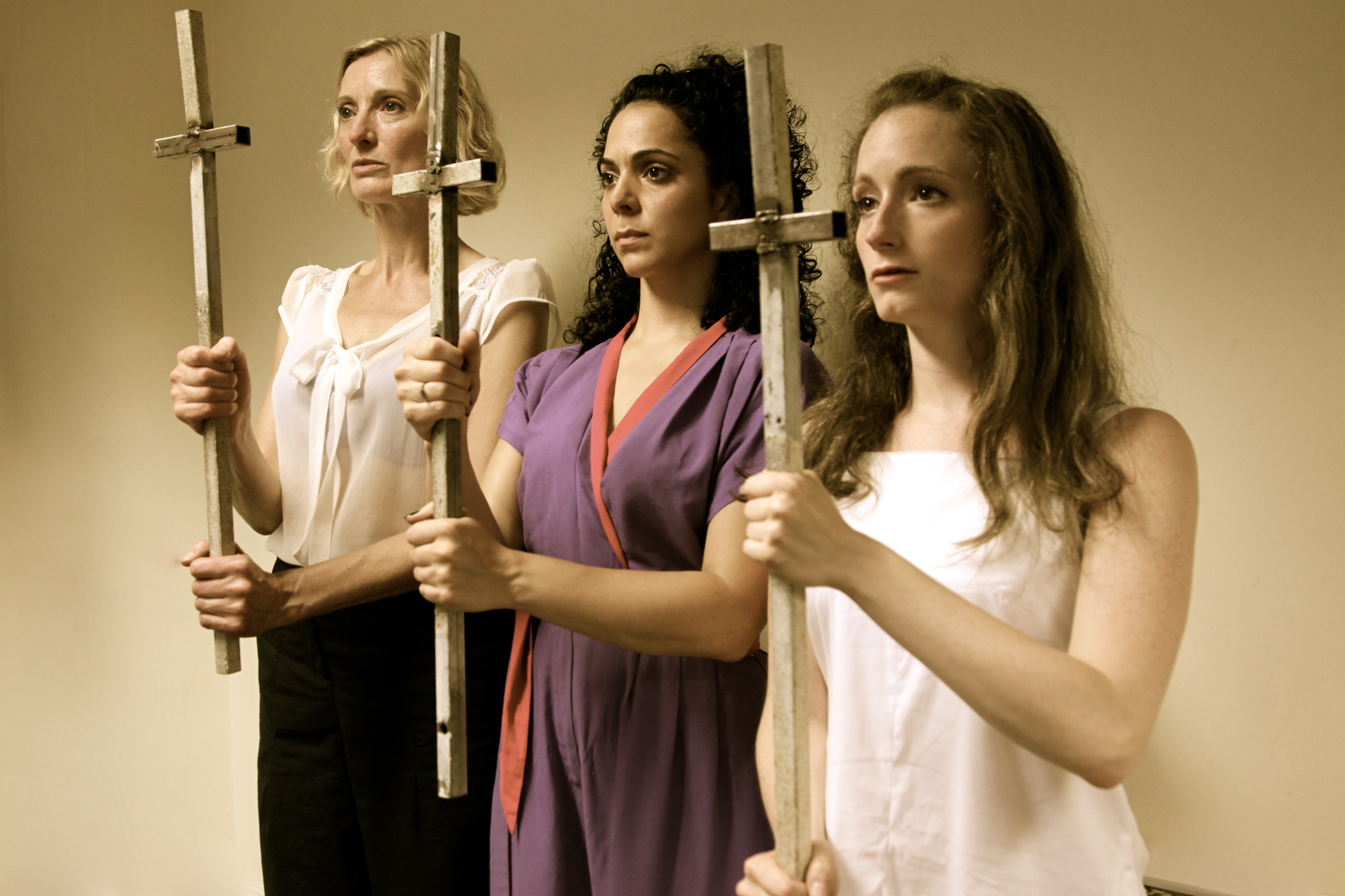 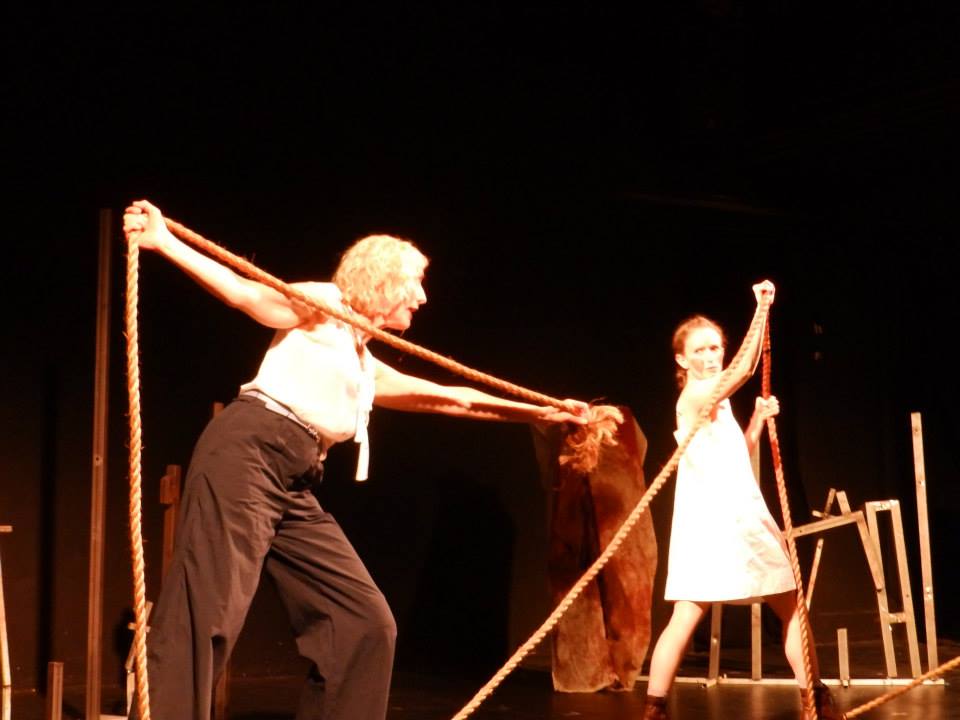 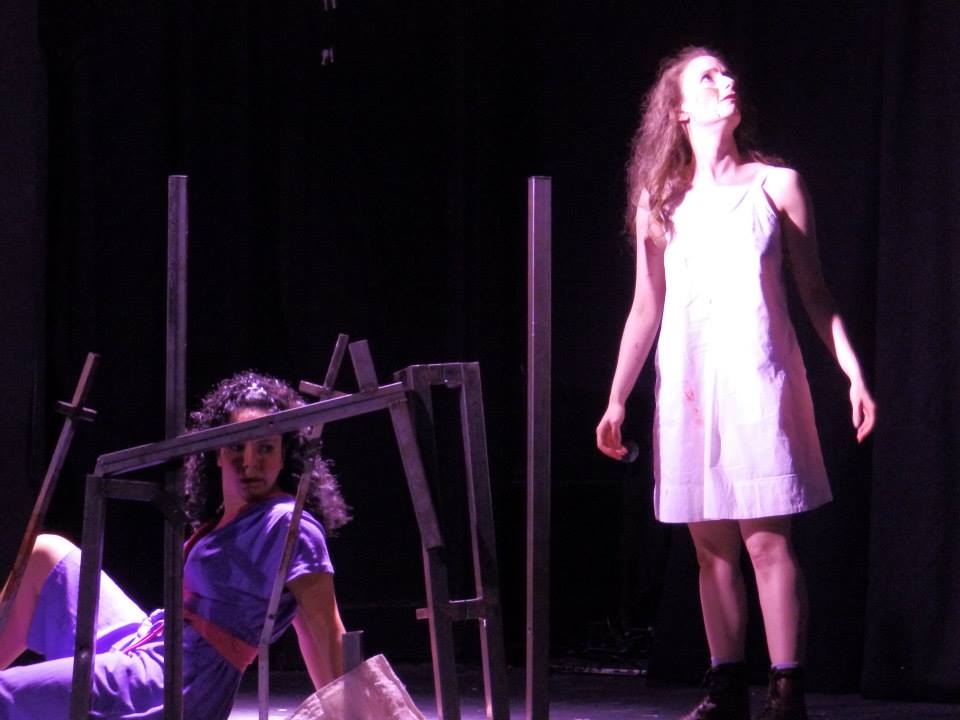 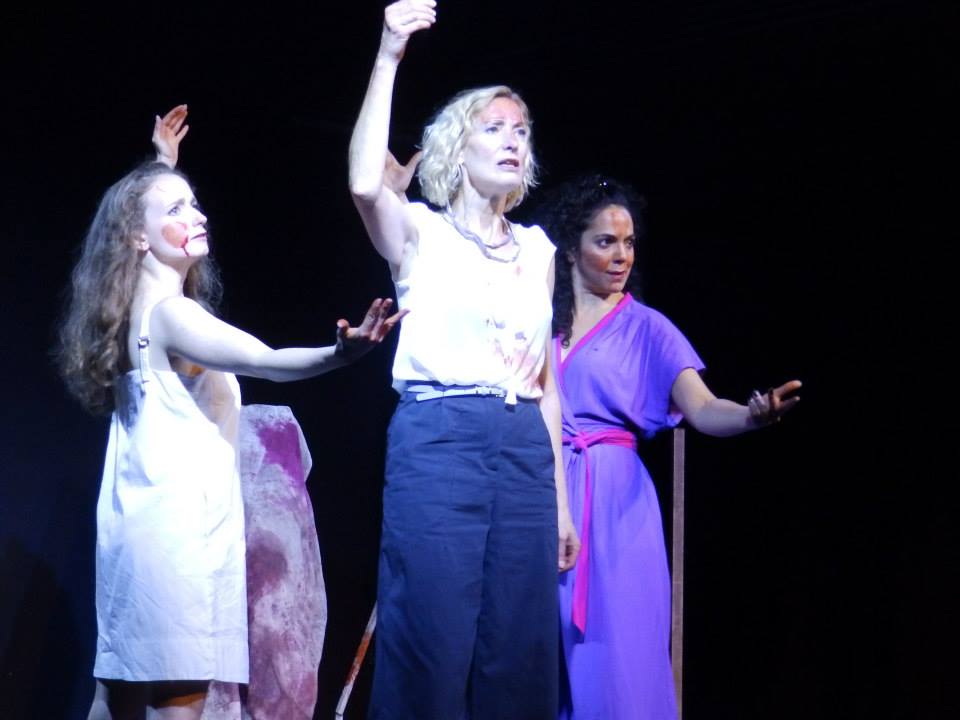 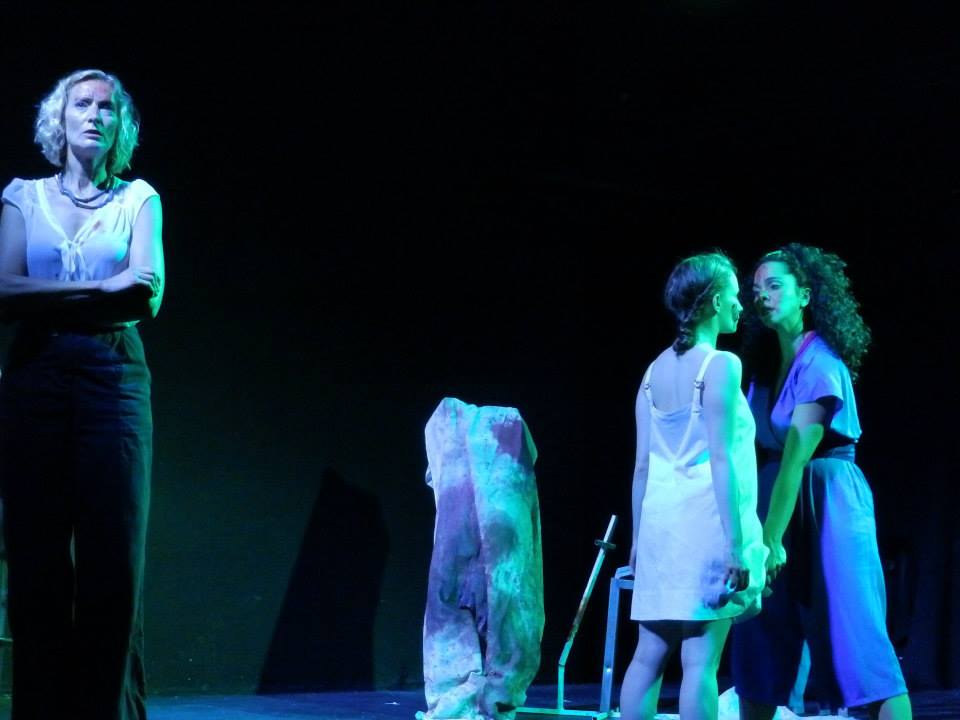 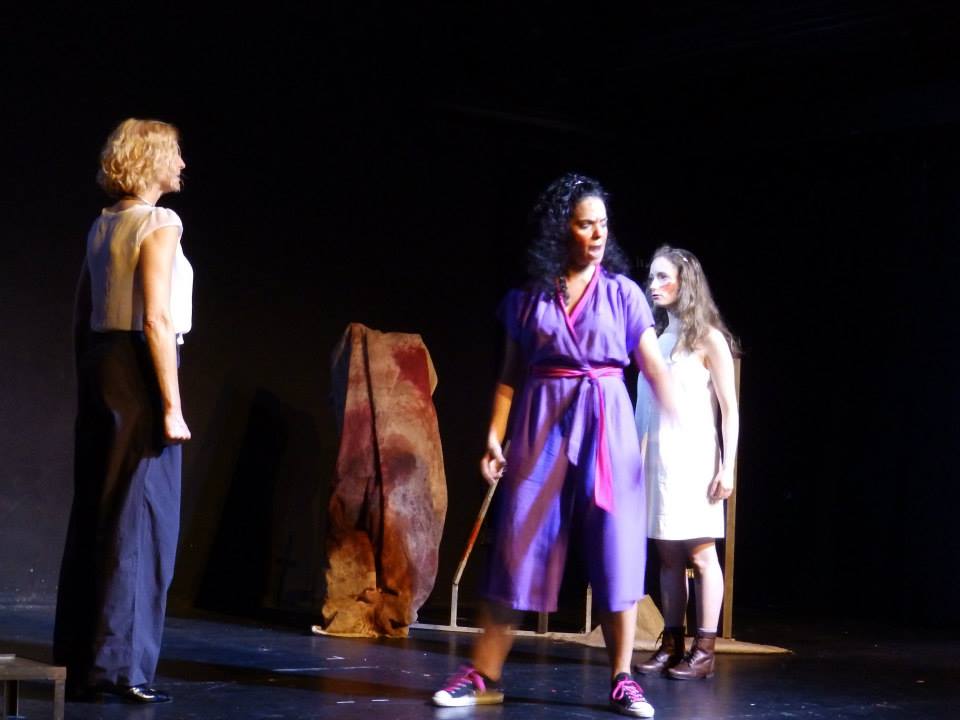 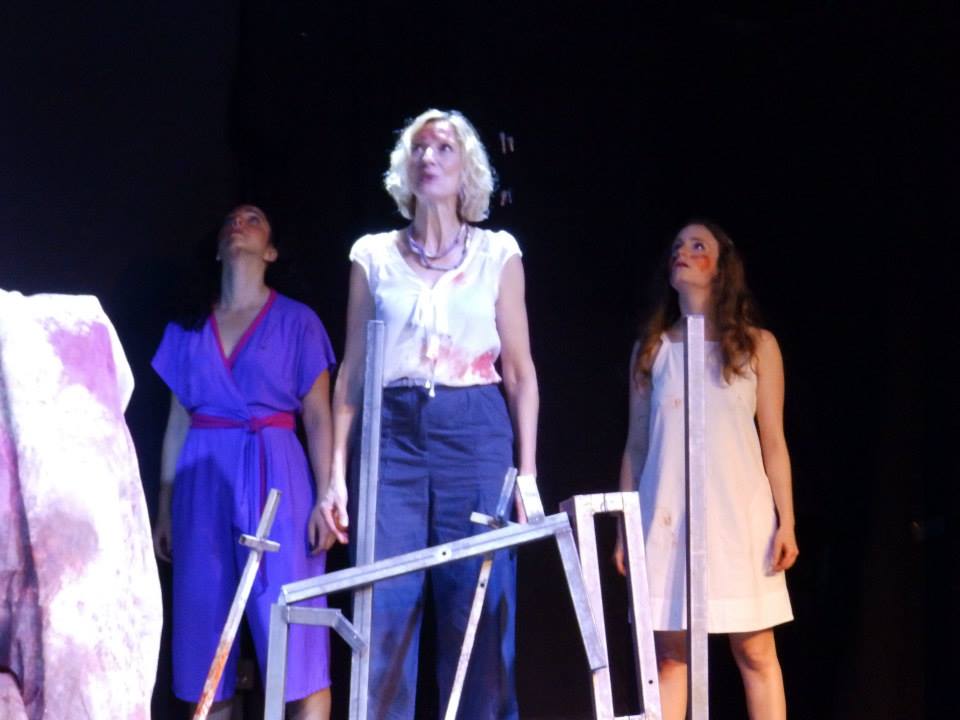 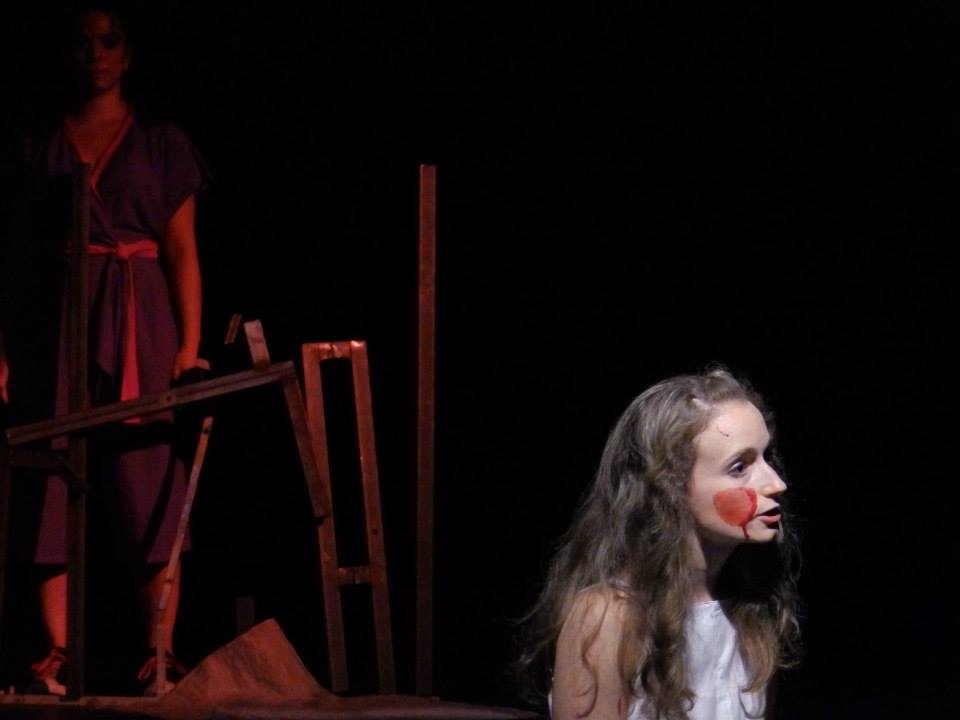 "Director Katrin Hilbe keeps her cast moving beautifully across the stage. The props don’t simply aid the acting, they become part of the symbolism of the piece--the same prop is used for the cross and the sword, for example. Hilbe brilliant considers the folly of death in the name of king and country, often asking us what ‘country’ even is. Go and see this play – it is challenging, erudite and above all, captivating. The actors absolutely command the stage and the production is seamless. It’s a brilliant show."
Duncan Grindall , Broadway Baby