The cast is divided between 2 Liechtenstein actors and 2 ensemble members of the Nationaltheater Weimar. My director colleague for 4 of the 8 monologues is Rafael Kohn from Luxembourg, rehearsed in Weimar, while I plugged away in Liechtenstein. Set  and costumes were built in the Weimar workshops, and for the last two weeks of rehearsals everyone came to Liechtenstein to put it all together. 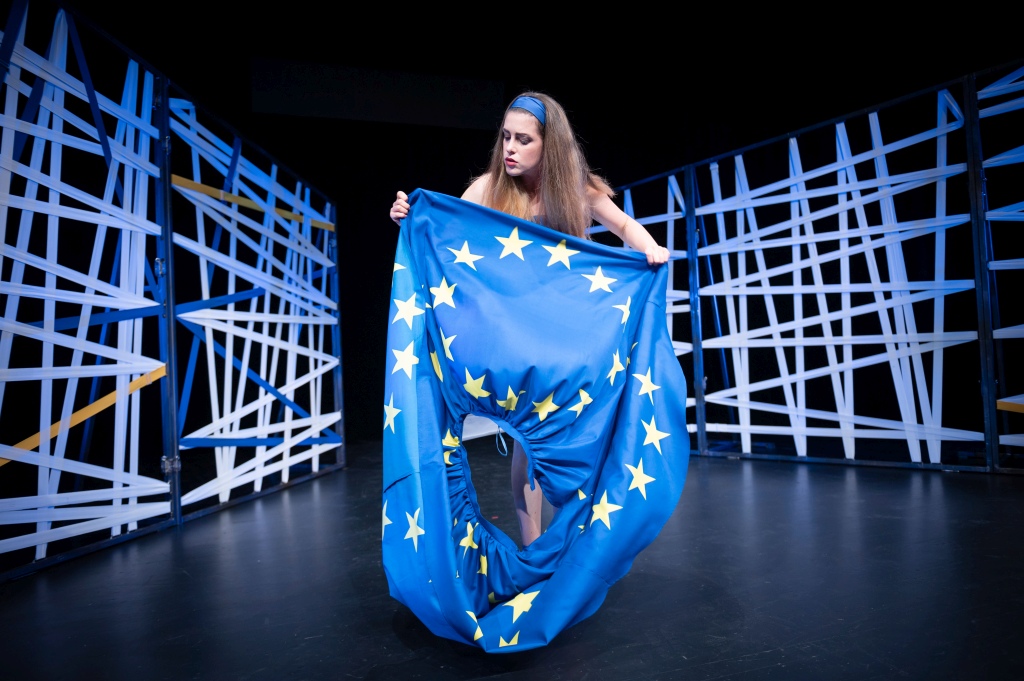 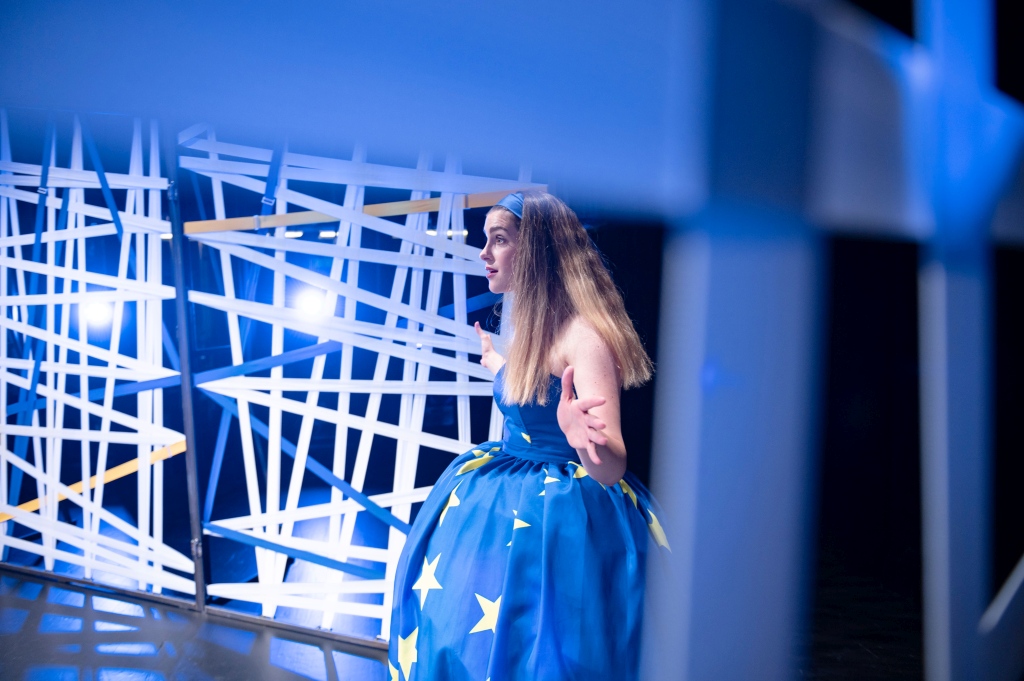 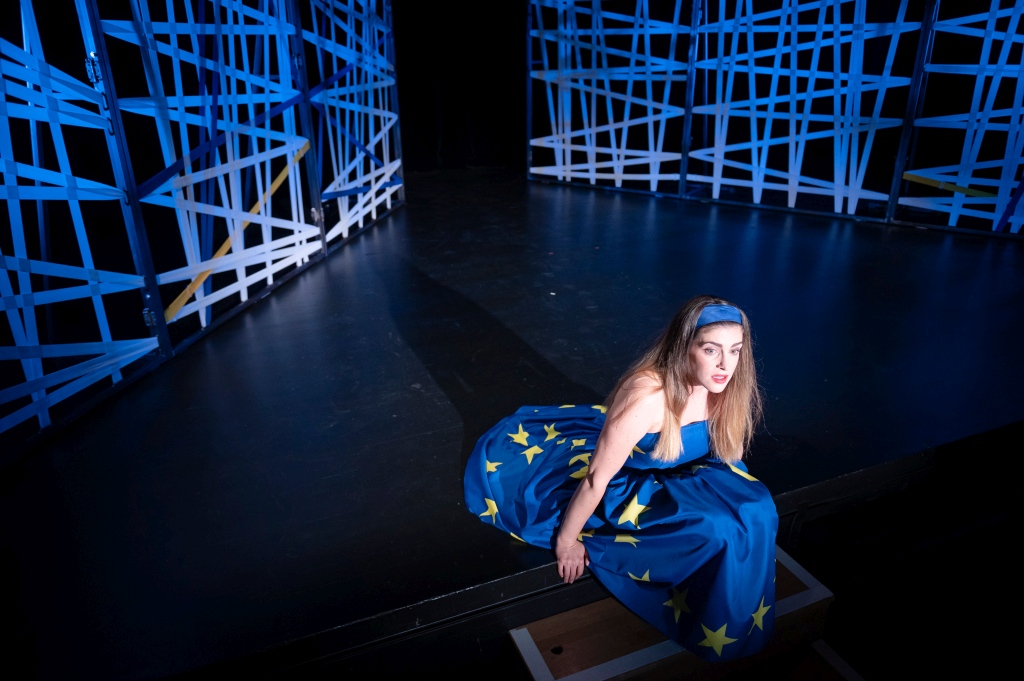 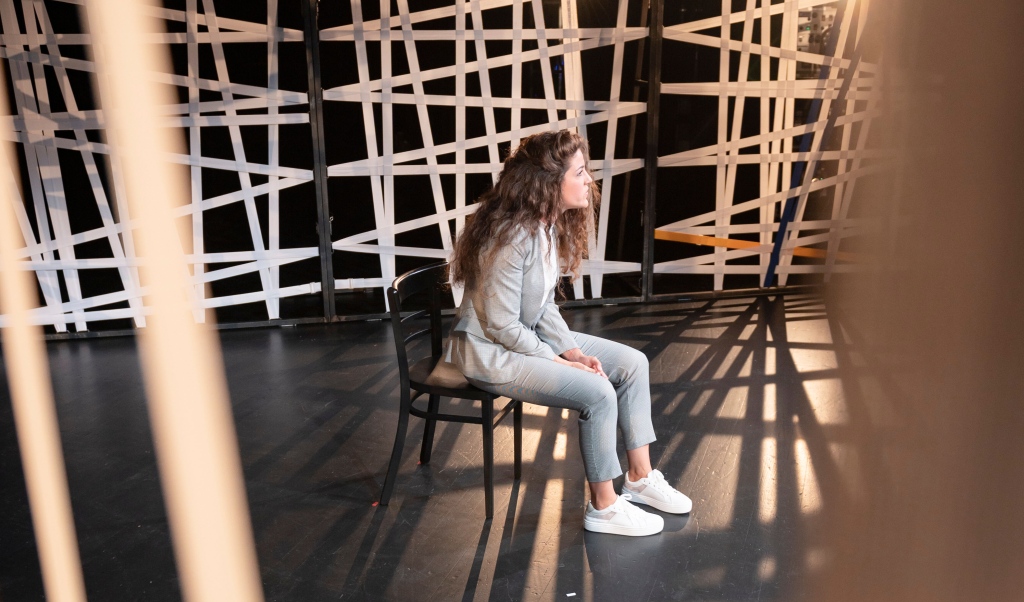 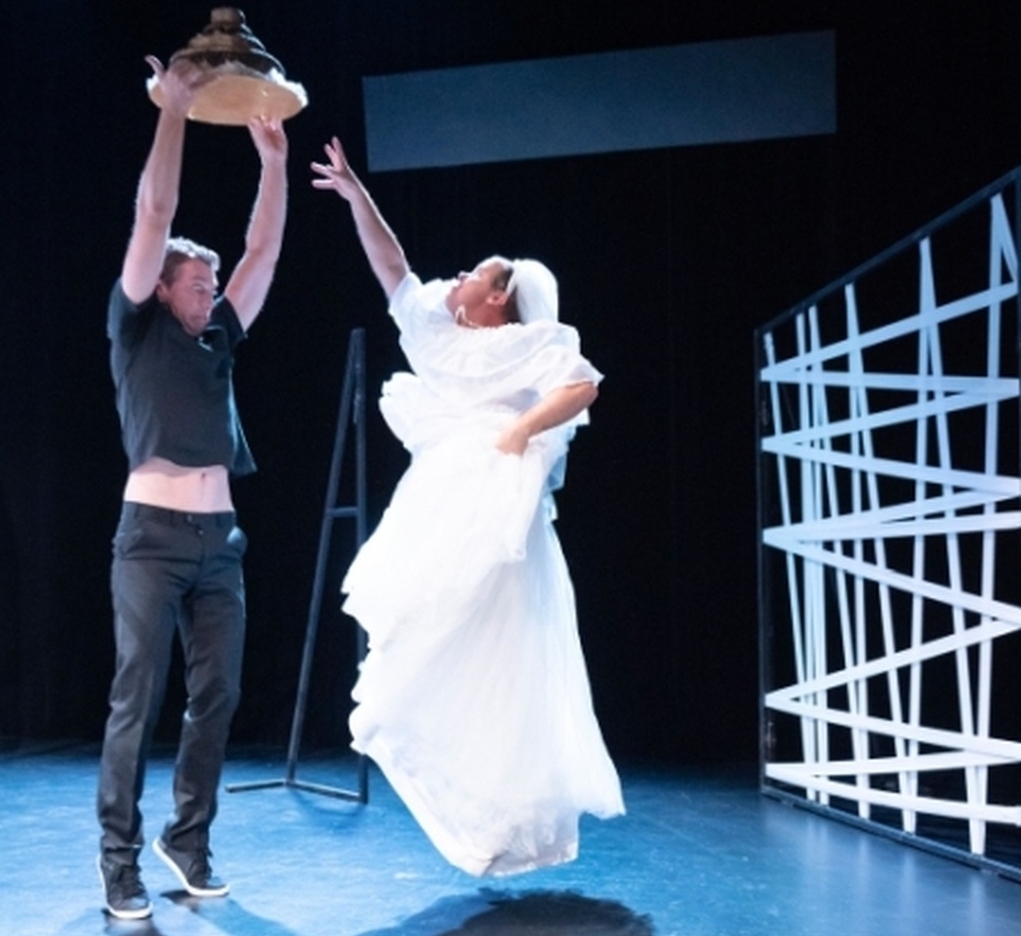 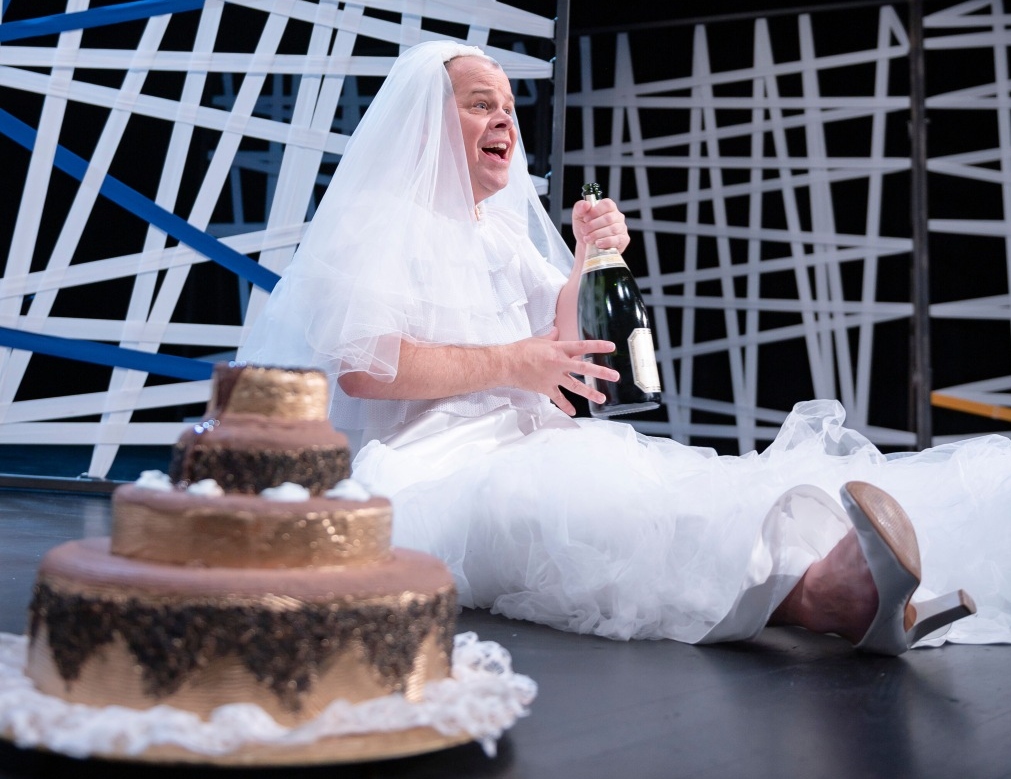 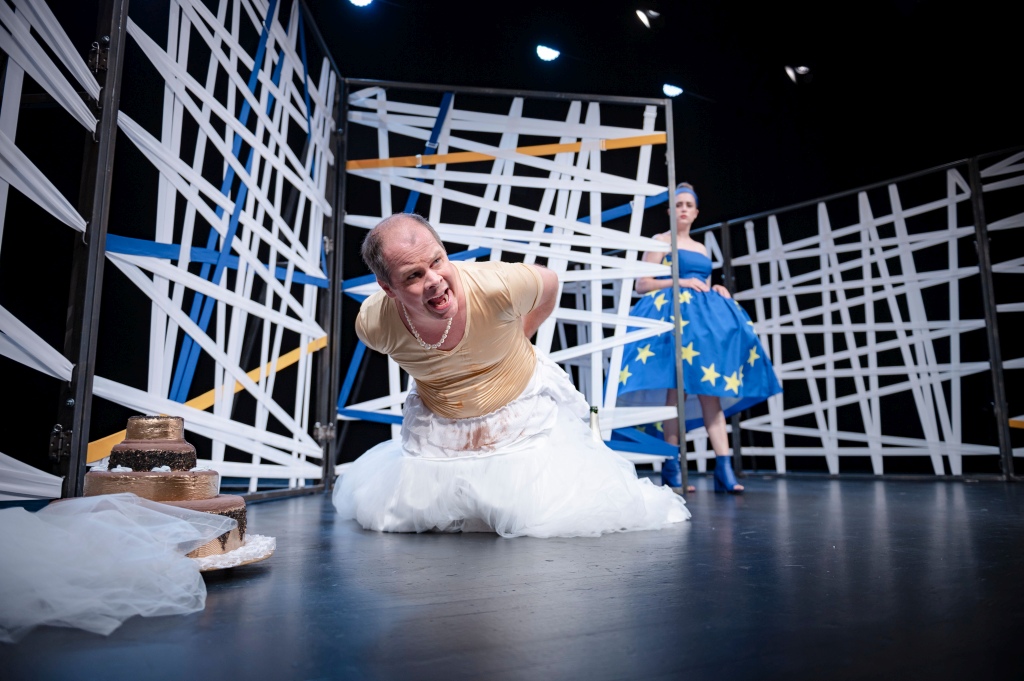 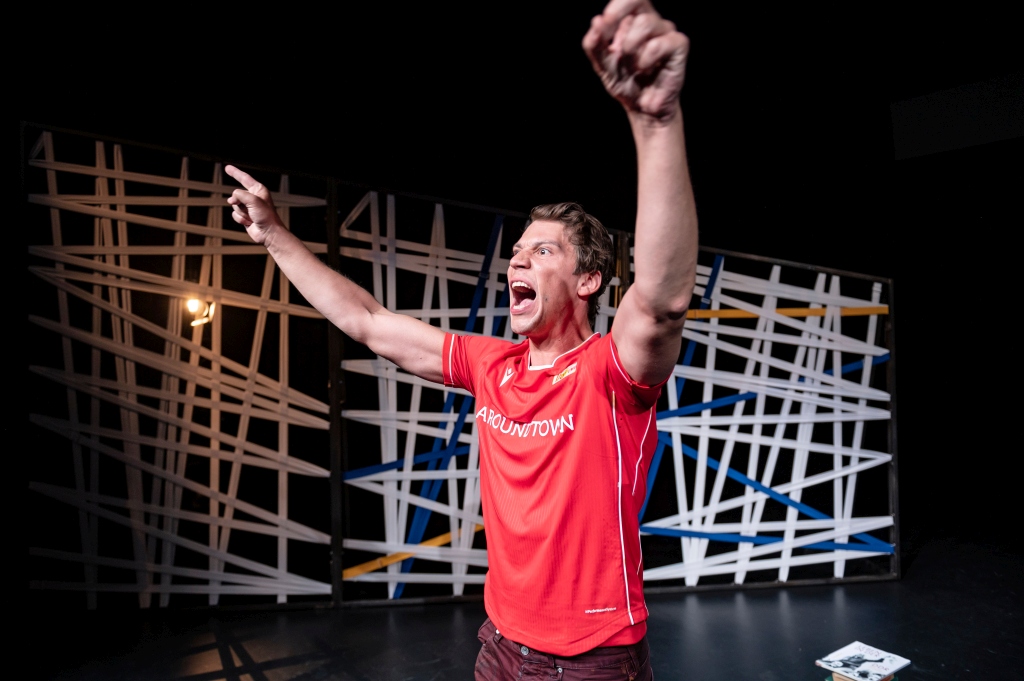 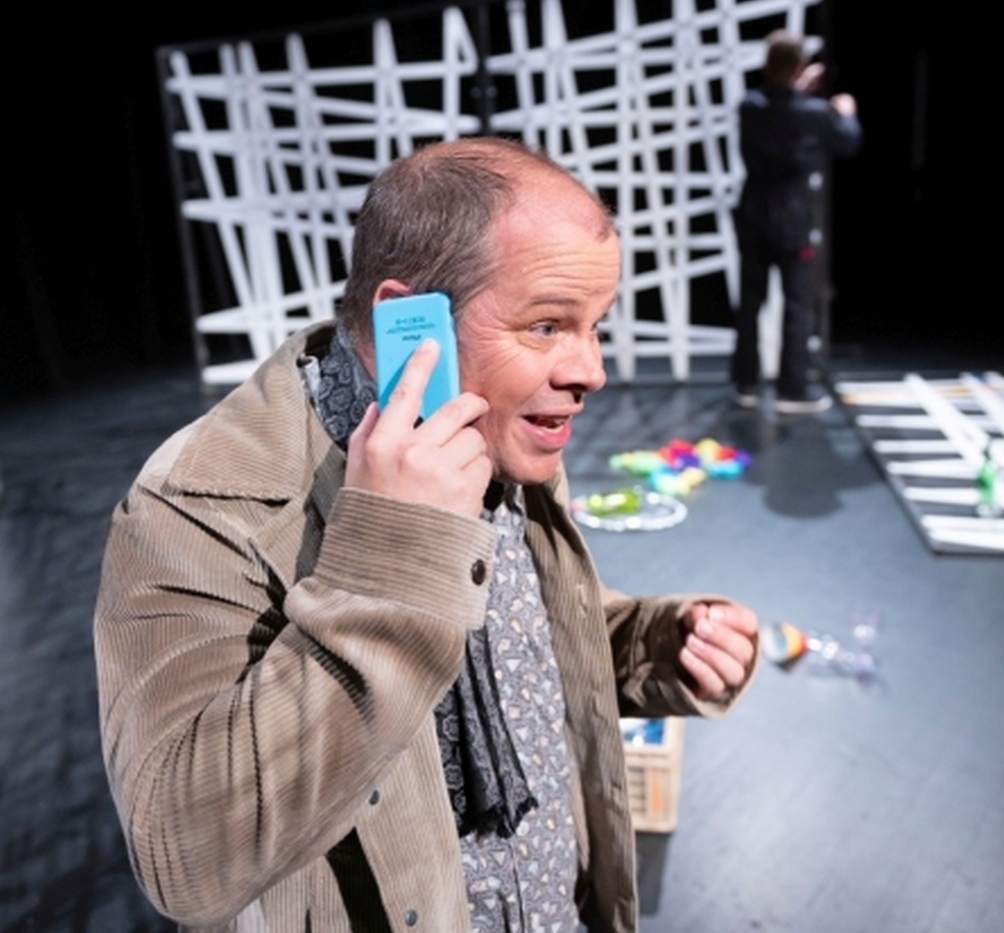 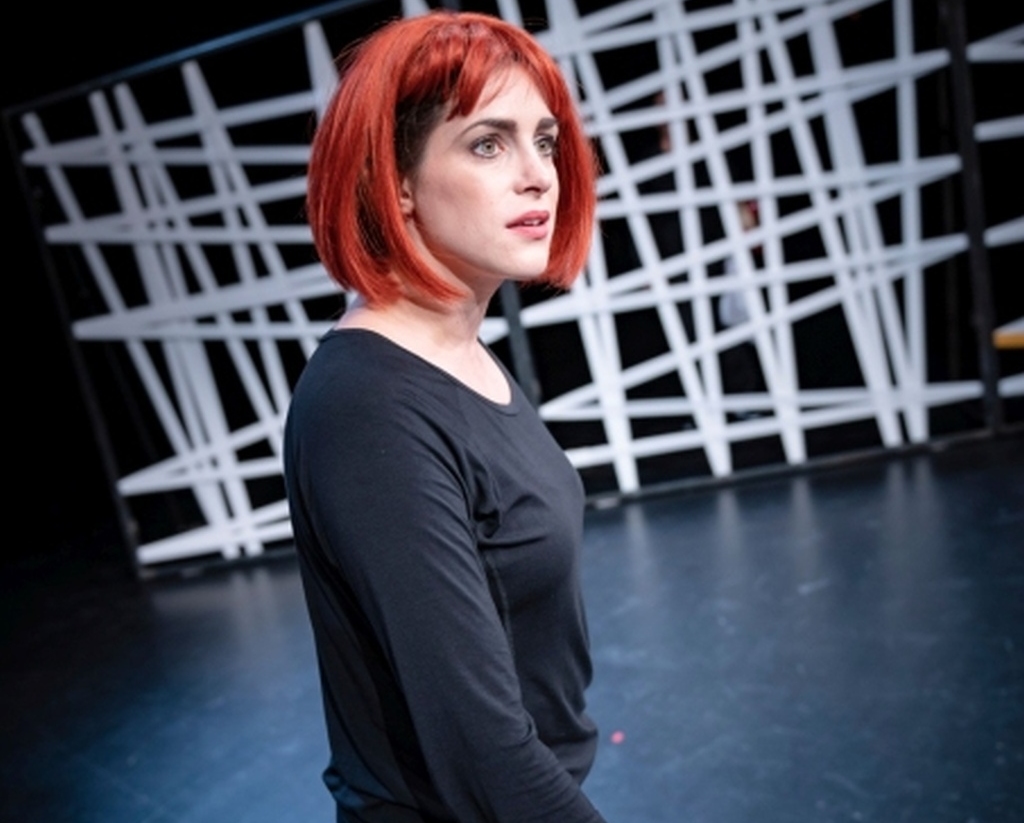 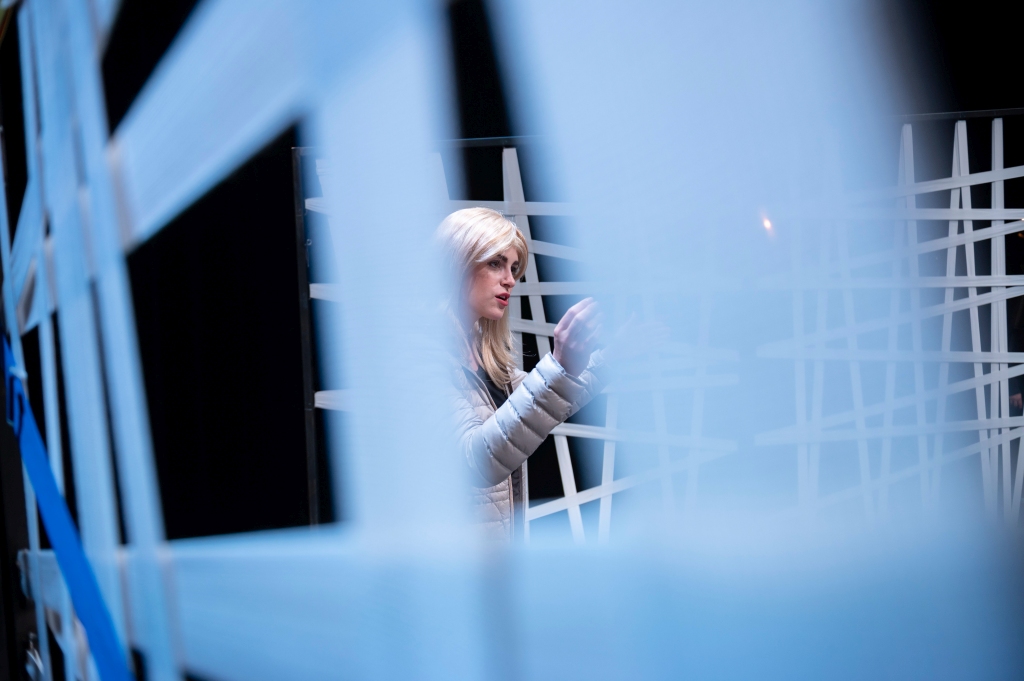 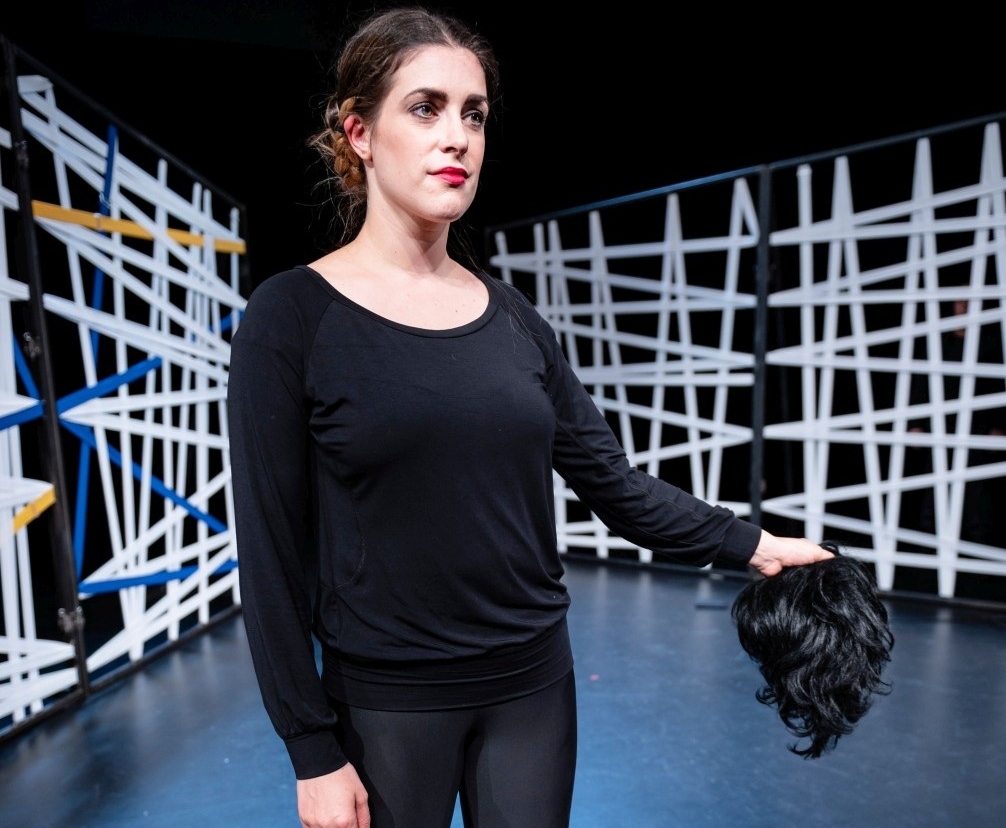 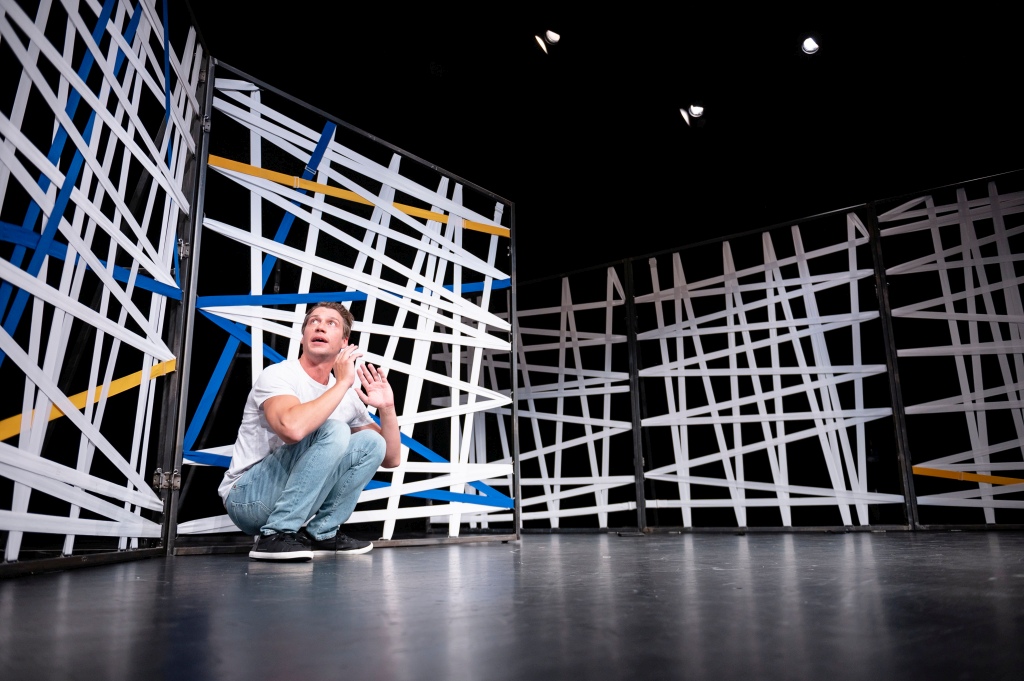 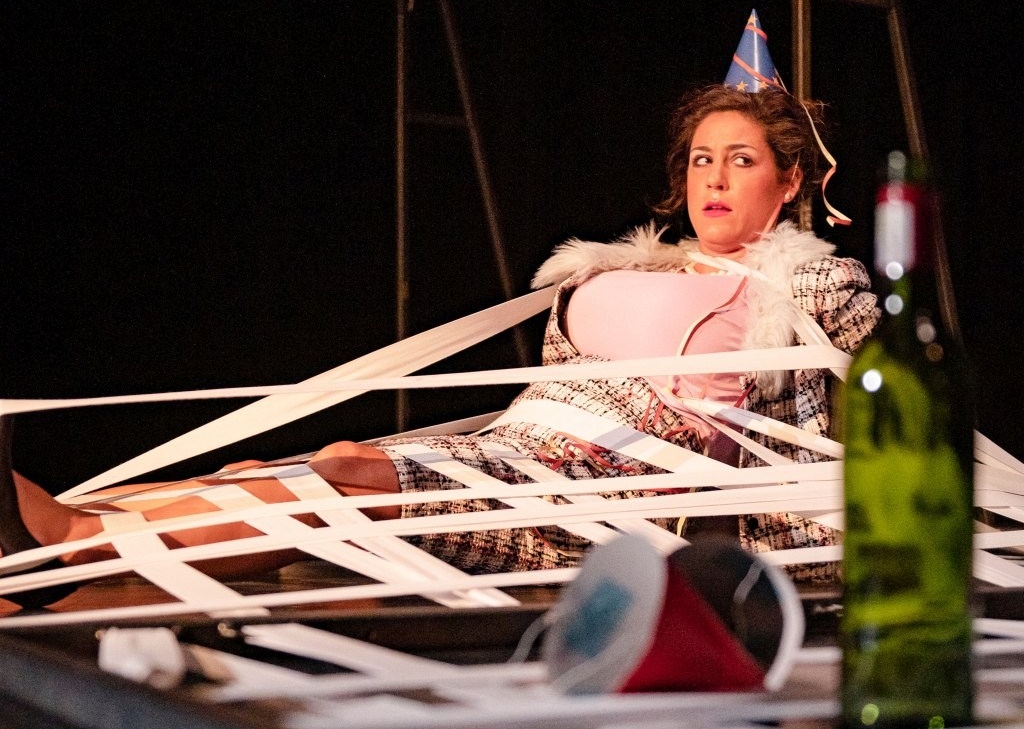 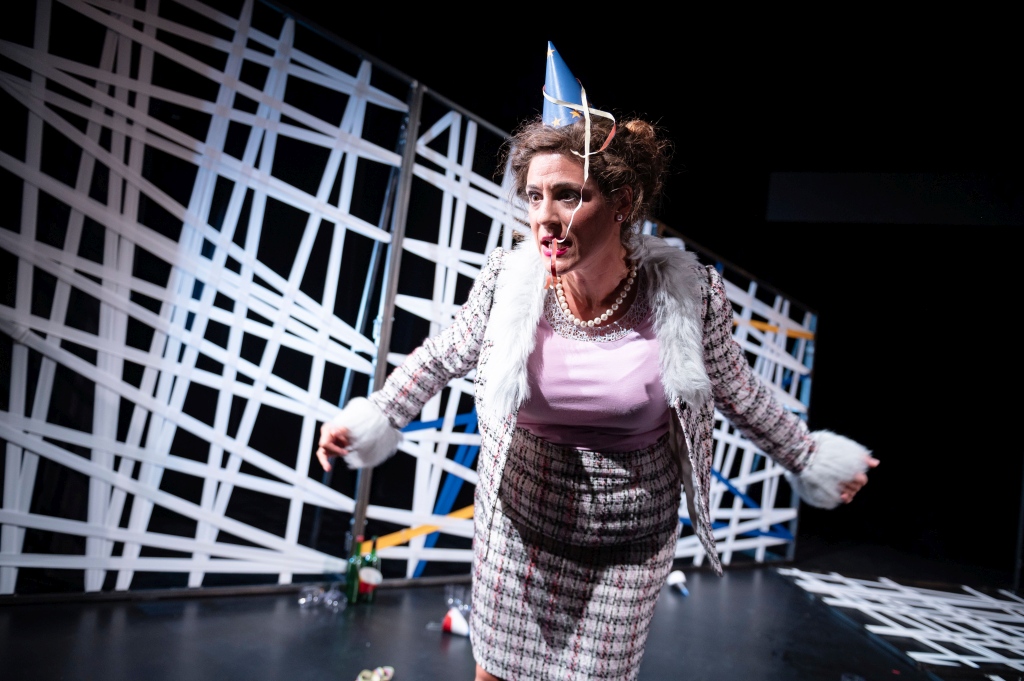 Press
"The variety of the stories and the aesthetic formats are what make this project alluring, which included Andra Teede (Estland), Guy Helmlinger (Luxembourg) and Vedrana Klepica (Croatia) took part in. Despite the different qualities of the scripts, the directing team Hilbe and Kohn succeeded in creating stirring "Gesamtkunstwerk" on the dreams and fears of Europeans, who resist losing their communal values."
Elisabeth Maier, Theater der Zeit

"The Hungarian-Romanian author Csaba Székely presents his character more brusquely and realistically in the monologue "Piri". The story of a young Roma, who finds new parents in an orphanage in Romania, is moving and shocking. Director Hilbe draws close to the young woman with gripping close-ups. Christiani Wetter shows the figure of a strong woman, who has to change identities like sneakers. As speaker for a right-wing nationalist party in Hungary she seduces her audience - "with well-founded arguments and red fingernails." Székely is one of the voices of his generation whose texts that shake things up. "Piri" is a clever analysis of the shift to the right on the continent."
Elisabeth Maier, Theater der Zeit
"The directors Katrin Hilbe and Rafael D. Kohn didn't commit to an overall framework regarding content. This is what increases the chasm between the pieces. The Swiss writer Rebecca C. Schnyder puts the figure of Helvetia on stage. Her monologue "Dear Europe" was staged by the Liechtenstein director Katrin Hilbe. Thomas Beck stumbles in as the bride. The actor intelligently explores the yearning of the country for self-sufficiency within the European context, which is here presented as a relationship story. Schnyder digs deep into the nightmares of her compatriots. Beck unearths these deep layers beautifully. Cool and with distance her presents his female character."
Elisabeth Maier, Theater der Zeit
"Identity Europe" is a small European theatre jewel, which in the directions of Katrin Hilbe and Rafael D. Kohn offers strong acting and texts, which enter into a dialogue with each other thanks to the intelligent dramaturgy. The monologues are therefore more than an appeal for international exchange. They are the beginning of a dialogue, in all modesty."
Detlev Baur, Die Deutsche Bühne
"Very enthralling was Katrin Hilbe's direction of PIRI by Csaba Székely, the story of a Roma girl, which Christiani Wetter presented with much heart and presence on the stage, while at the same time showing a laser-sharp view of Hungary. It is also a wonderful story of an adopted girl, drifting to the political right discrediting all of the Roma people, but having to realize that she herself is a Roma. In this monologue everything was aligned, even the costumes, who grew up along with the age of the girl."
Anita Grüneis, Zeitschrift für Kultur und Gesellschaft
"The writer wonderfully characterized the relationship of Switzerland to Europe (in LIEBE EUROPA), Katrin Hilbe directed this with much sensitiviy and humor, which Thomas Beck perfectly implemented in his figure of the bride."
Anita Grüneis, Zeitschrift für Kultur und Gesellschaft
"The directors Katrin Hilbe and Rafael D. Kohn were challenged to create a vivid theatrical experience and lively stagings rather than merely academic exercises from these eight texts presented by the actors and actresses. Both succeeded brilliantly."
Arno Oehri, Liechtensteiner Vaterland