Disgusted by reality Enrico retreats into a fantasy world of the 12th century king Henry IV, who had to go to Canossa to beg forgiveness of the Pope for his insurgency. In his castle, Henry has recreated the court of the king, and any visitor has to pick a role to play. When his old lover arrives with her daughter, fiancé and present lover to ascertain whether he is truly crazy, they have to play appropriate parts.  However, real life bursts in and destroys illusions in more ways than one. In the end Enrico is alone again, safe now from all intrusion.

Pirandello wrote his play Enrico IV, when Fascism was on the rise in Italy. Though he himself was initially in favor of Mussolini’s regime, and let himself be claimed as artistic ambassador, over the years he grew disenchanted and retreated behind the walls of his art. 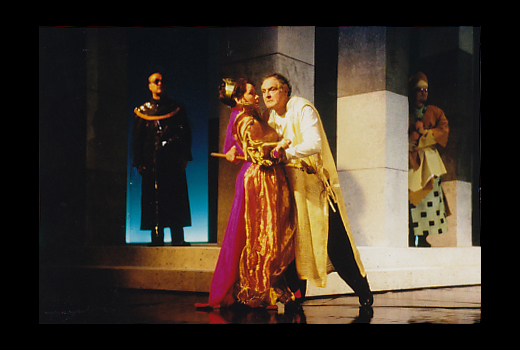 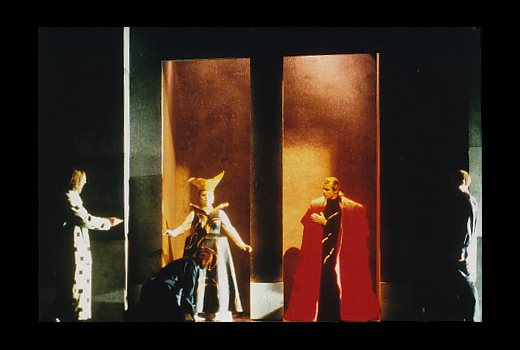 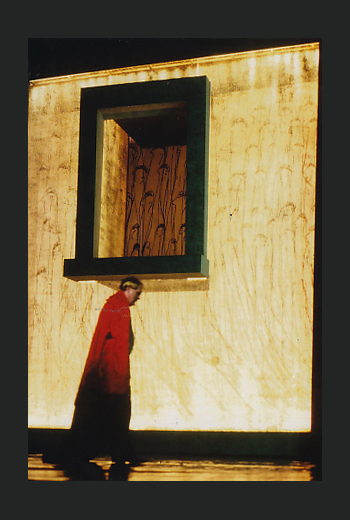 Press
“Yes, it’s fun to philosophize about history and to reason about the present from a distance of eight-hundred years, when this present thinks of you as crazy but is crazy itself. And it’s fun to watch Katrin Hilbe’s characters act out, run around in agitation, think up therapies, try to figure out where they stand, because it’s not at all clear, who can pass for normal and who is outside of reality.”
Andreas Bomba, Frankfurter Neue Presse

„The shape of violence and flurry also defined the direction of the protagonists in this “dangerously” gritty comedy. Katrin Hilbe, director of the most recent “Falstaff” in Frankfurt, again presented us with a clean, clearly contoured production, thereby precisely grasping the characater of the piece.”
Hans-Klaus Jungheinrich, Frankfurter Rundschau