The year is 1854, the composer Robert Schumann decides to commit himself to the mental asylum in Endenich, after a suicide attempt. He fears for the safety of his family, he fears for his mind. After two years in Endenich Schumann dies, having removed himself more and more from this world, he couldn’t compose anymore, his family and beloved Clara were kept at bay, isolated he moved into himself. Compiled almost entirely from Schumann’s music, songs, diary entries, letters and court documents, Die Schumann Sonate is a creative fantasy about Schumann’s life of the mind, his memories, his feelings, as he tries to hold on to life and yet has to let go. 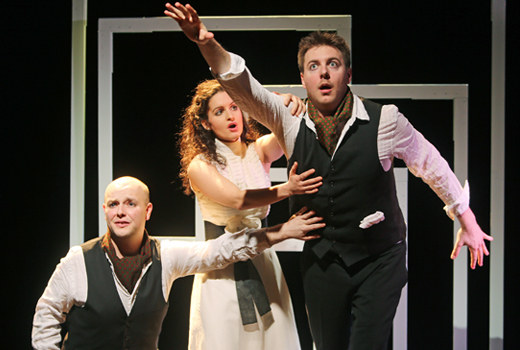 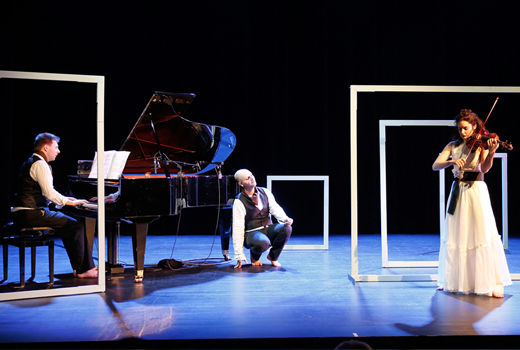 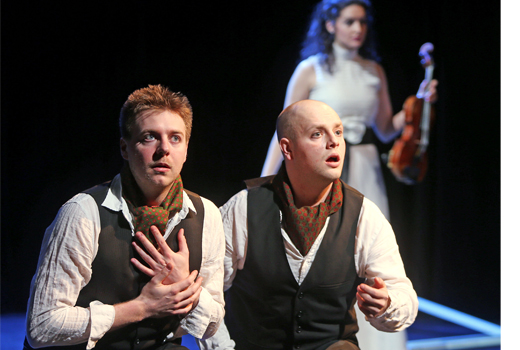 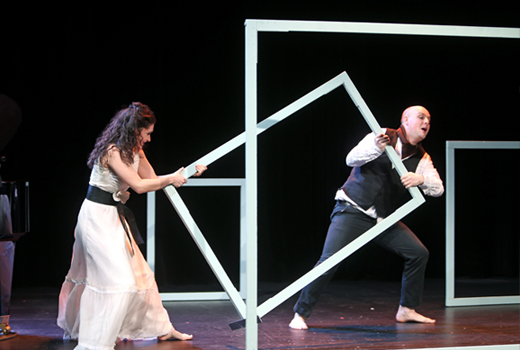 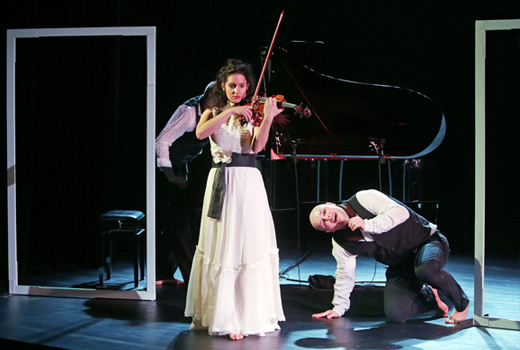 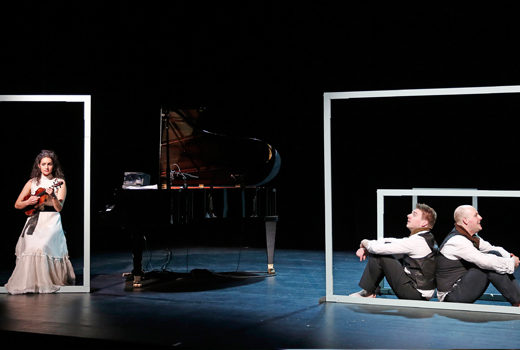 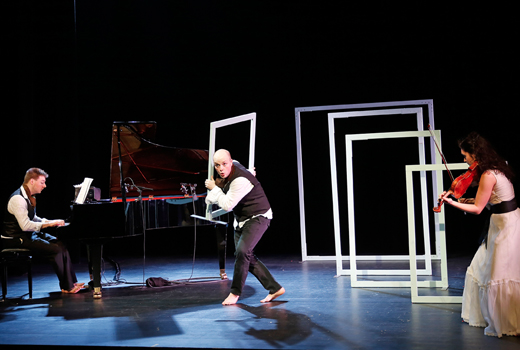 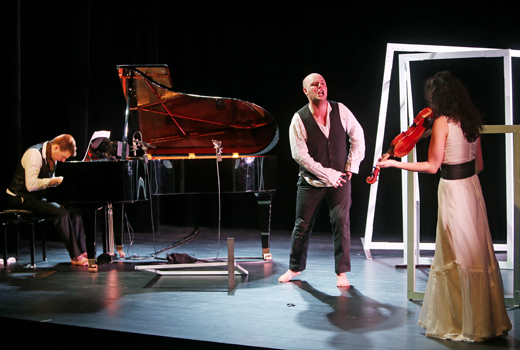 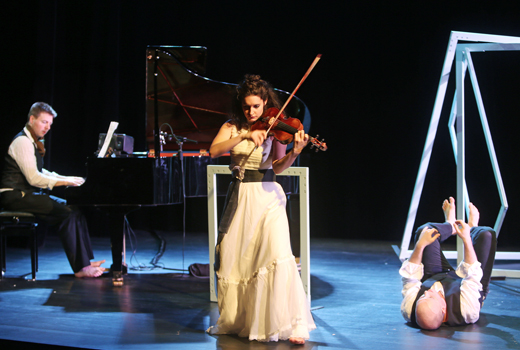 Press
Under the sensitive direction of the dual citizen (USA and Liechtenstein) Katrin Hilbe, who works successfully here and abroad, “Die Schumann Sonate” was performed at TAK on Sunday and Monday: Patrick Leresche at the piano, Rachel Wieser (violin) – both equally celebrated in international competitions – and Simon Gfeller, tenor and actor, who sang Schumann’s music with great nuance, his early romantic songs with lyrics by Eichendorff and Heine. He also embodied Robert Schumann, his mental and spiritual fragmentation. The result is music theatre of the utmost calibre.”
CT, Liechtensteiner Vaterland

Hilbe’s direction seems inevitable, as she never betrays Theatre, and therefore doesn’t betray Art. She moves us, very much so, but it never turns sentimental. One precisely does NOT lose one’s senses. We are somewhere else, and still remain here. That is a unique artistic feat. Fortunately the direction can rely on performers – Rachel Wieser (violin), Simon Gfeller (voice) and Patrick Leresche (piano) – who are not only wonderful musicians but are an ensemble fully in tune with each other. (...) The Elektro Acoustic design by Adam Nicholas supports the production not by pretending to be “contemporary”, even though Katrin Hilbe’s concept leaves no doubt about this. Her set rigorosly says goodbye to illusion theatre. In front of a black curtain are five wood frames of differing sizes. In changing constellations they still always stay what they are and they remain empty. “In empty window frames” state Eichendorff’s lyrics, composed by Schumann and sung by Simon Gfeller. The frames fixate a scene for a moment, focus it, they show and delineate, but they don’t explain Robert Schumann. They can’t and they don’t want to. When they collapse at the end, when all hold is lost, Robert Schuman – “Where is my music?” is done for. The last word has nonetheless Art, Theatre. Which is not always as beautiful and as good as it was on this Sunday evening.
Georg Tscholl, Liechtensteiner Volksblatt